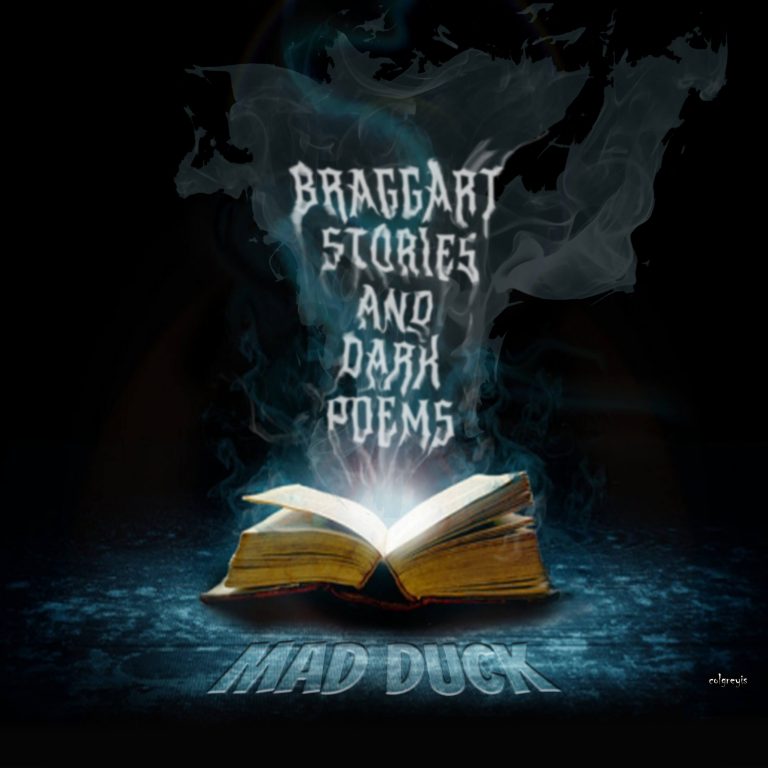 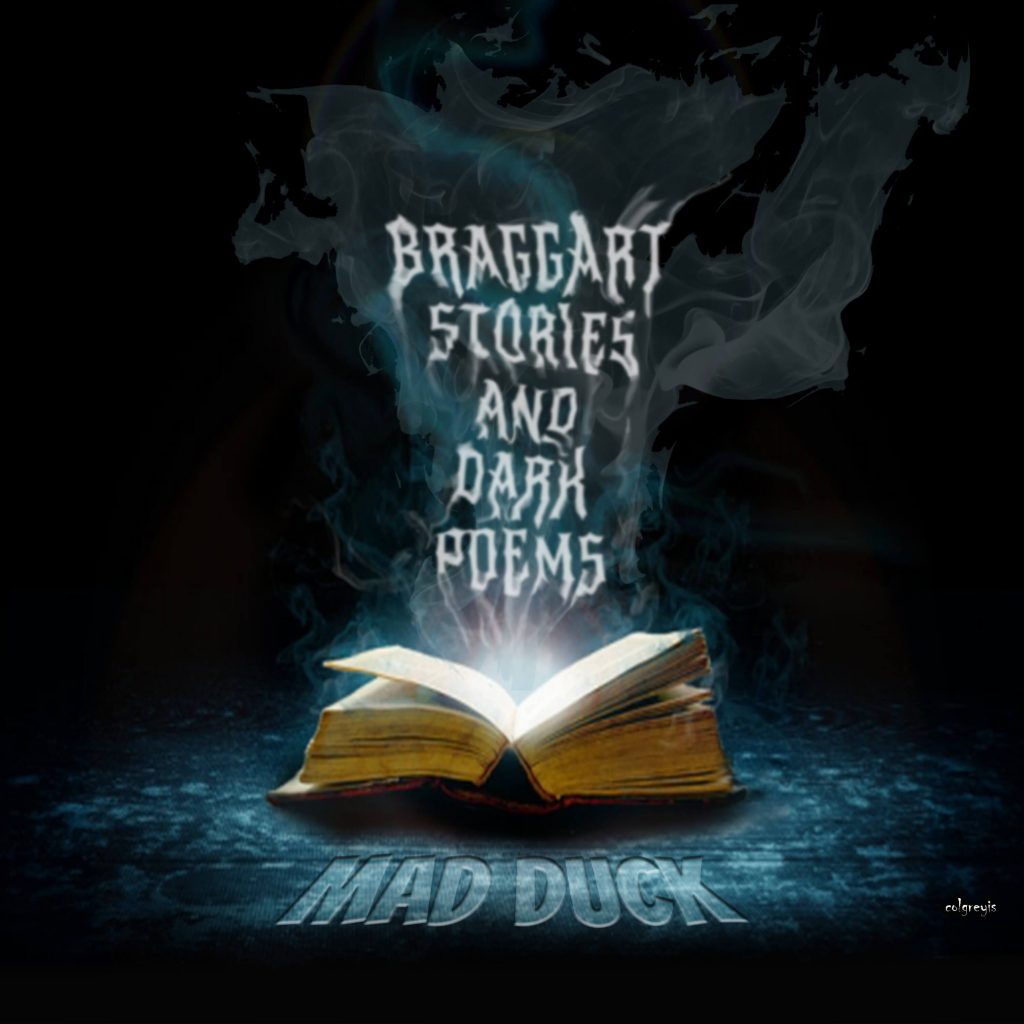 Mad Duck a Milan-based band recently released their debut album ‘Braggart stories and dark poems’, a collection of rock and metal performances representing a 15-year labor by two established musicians who also happen to be brothers Luca and Stefano Primavesi. ‘Braggart stories and dark poems’ is a formidable project that asserts itself with commanding presence and unapologetic attitude. Mad Duck, through a total of 9 distinct performances, takes fans on a remarkable journey that won’t soon be forgotten. In fact, the band which epitomizes the conventions of 80s and 90s metal through a modern framework has created a timeless body of work which will permeate the ages.

We spent some time digging into the sounds of Mad Duck and were pleasantly surprised by the band’s virtuosity in reinventing classic sounds for a contemporary audience. Whether you are a fan of rock, metal, punk or pop genres, you will enjoy the sounds of Mad Duck. Check out our takeaways from ‘Braggart stories and dark poems’…

Because Everyone Loves a Rebel!

“Renegade” the first track on ‘Braggart stories and dark poems’ is an edgy production with an infectious rhythm, gritty guitar work and driving energy. The song embodies the spirit of the 80s with rebellious vocals and a intricate riffs. “Renegade” is a spirited song with multi-generational appeal. While consisting of heavy chords and distinct polyrhythmics the track delivers a highly-texturized sound that not only entertains but engages listeners as well.

The second track on the album is “Tyger”, which includes Strive member Davide Merletto. In fact, David lends his vocal performance to all 9 of the tracks on the album. “Tyger” is an epic sounding production which includes a myriad of styles compact into one dynamic performance. The song delivers uplifting energy and inspiring tunes. Along with grimey guitars, fans can expect to indulge in luscious harmonies and moving melodies. Mad Duck gives a breathtaking performance that speaks to early rock influences while relating to a modern audience.

Fans of 90’s punk will enjoy the sounds introduced to listeners on the track “ElDorado”. “ElDorado” has a distinctly modern feel while still sharing some classic rock nuances. Mad Duck gives fans a delectable performance that is undoubtedly rich in texture, tone and presence. “ElDorado” is gushing with non-stop energy. Frenzied guitar riffs and highly-percussive rhythms capture the psyche through this hard-hitting performance.

A Journey to the Dark Side…

Mad Duck alters the tone ever so slightly on the performance of “City of Darkness”. Just when you are getting comfortable with the sounds executed on ‘Braggart stories and dark poems’, the band reinvents themselves before your very ears. “City of Darkness”, while also delivering a driving performance, contrasts various elements of rock music by playing with multiple tones and pitches. Instrumental waves cascade from high to low while expressing both gentle melodies and angry accents. “City of Darkness” actually transports the audience to another realm, perhaps a time period in the past or something reminiscent to the middle ages. It is rather wonderful how the band is able to illustrate a rich soundscape through music, thus inspiring listeners to engage with their imagination.

“At The Sign of The Skull” is another song that has a darker feel to it, however it progresses to a fast tempo and higher frequency. Once again sending out non-stop waves and complex instrumentation, Mad Duck demonstrates their ability to navigate through different sequences while creating a juxtaposition between rock nuances, varying harmonies and melodies to create a changing experience for fans who will likely never tire from the morphing of the band’s prowess.

‘Braggart stories and dark poems’ is bound to offer its fair share of surprises. “The Lightning Thief” is one such performance that illustrates the band’s vast breadth in terms of musicianship. From a dramatic intro which teases with extravagant piano chords to heavy shredding rhythms, “The Lighting Thief” seems to convey multiple personalities within the 2 ½ minute performance. It is hard to keep up with Mad Duck on this track because just as quickly as fans ease into a moderate tempo they will be moved into an intense series of speedy meters and a frantic atmosphere. “The Lighting Thief” holds nothing back when it comes to magnetic vibrance.

“They Call Me Trinity”, a cover is another remarkable performance by Mad Duck. The rendition is rather theatrical in nature and robust with personality. “They Call Me Trinity” is poetic and illustrative lyrically speaking and captivating musically and Mad Duck’s interpretation is flawless. One of the best words that can be used to describe this particular rendition of the song is “electrifying”.

As the album nears its finish, the final track rounds out one stunning performance with perfection. “Never Die” offers a distinct contrast from the previous two tracks but brings the album full circle to the sounds that we can only guess are signature for Mad Duck. “Never Die” is a commanding performance that is both chaotic and calming. The track beams with addicting intensity while providing a soothing finish to one extreme voyage into sound.

Mad Duck gives a strong performance on ‘Braggart stories and dark poems’, the project is complex but enjoyable and will be appreciated by anyone who relishes in great rock music. The band uses a diverse range of elements to convey their signature style which does speak to early influences by both legendary and lesser known acts in metal and rock. The album is an excellent escape from reality but is strikingly real all on its own.

Since Mad Duck’s inception in 2016, the Milan, Italy-based band which consists of brothers Luca and Stefano Primavesi sought to record material that had been 15 years in the works. The musicians are no strangers to music as the duo comes from a musical family. Luca and Stefano’s father graduated in composition and piano and their mother sings and also plays the guitar.

Self-taught in harmony, Luca is a classical guitarist and also plays the electric guitar. He graduated NAM as a sound engineer and later performed in a punk, rock and metal band covers. Luca weapons of choice are the Epiphone SG and Fender Stratocaster. The musician cites influences such as Zakk Wylde, Michael Romeo, Ritchie Blackmore and legendary bands such as Black Sabbath, Finntroll, Helloween, Metallica and Tina Turner.

Musician Stefano is also a self-taught musician who plays the electric guitar, bass, and he also studied the flute. He specializes in harmony and composition and has played in cover bands with genres ranging from pop, acoustic, rock and metal. Stefano’s weapon of choice includes a modified Fender Precision. The musician cites influences such as Geezer Butler and Markus Grosskopf, Blind Guardian, Accept, Helloween, Rhapsody and Symphony X.

The band’s style is described as being classic heavy metal. The brothers got their start playing in cover bands such as “Qui per Caso” and “Children of the Sabbath” a tribute to Black Sabbath. Luca and Stefano along with their cover band also had the opportunity to play at “Rock N Roll”, a club in Milan.

Mad Duck released their first album ‘Braggart stories and dark poems’ on November 30th. Special appearances on the album include vocalist David Merletto (former singer for Daedalus e Planethard, current Strive) who performs vocals for the entire album , Francesco La Rosa (M-pire of Evil, Extrema, MEGANOIDI) on Drums (“Tyger”), and Roberto Diana (acoustic and slide guitar) on “City of Darkness” and “At The Sign of The Skull”   Recordings on the project are reminiscent to metal sounds of the 80s and 90s. The album was self-produced Learn more about Mad Duck by visiting the links below. 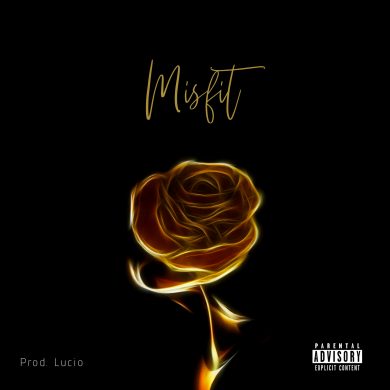