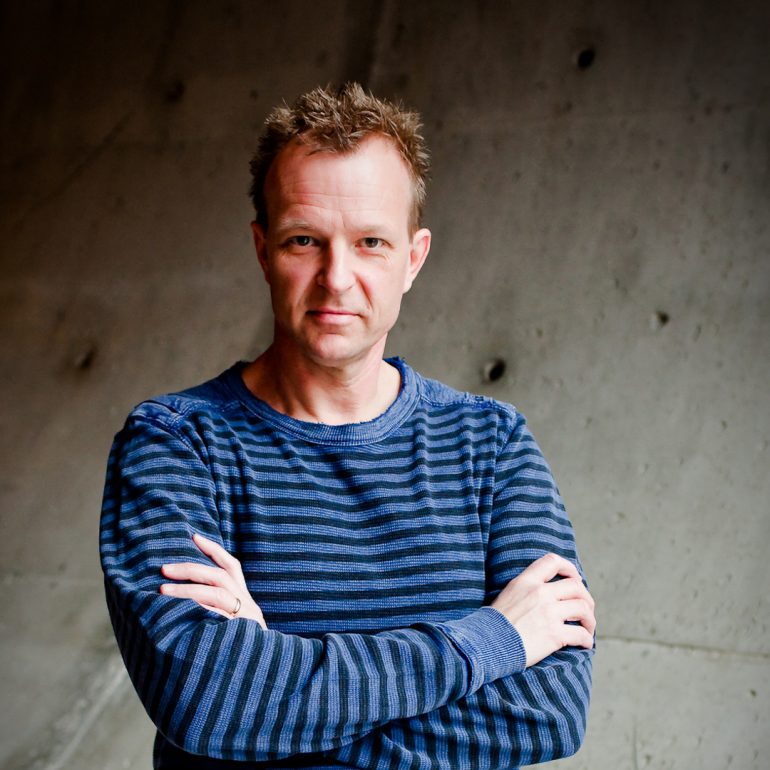 When did you discover an interest in music? Can you share with us a little bit about your background, how you became a composer, producer? I made the transition from someone who avidly enjoyed listening to music to someone who enjoyed producing it in 2008. I was working on a video project and had the idea to boot up GarageBand on my Mac to see if I could compose a little something (without the use of loops) which would work as an opening theme. It didn’t take long for me to start experimenting enough to complete a few tracks and compile them into an early album, which on reflection and revisiting shows there was both a little promise there and a lot to learn.

Over the years, I advanced to Logic Pro X and have produced a few albums under different project names. I know there are artists who agonize over getting started on projects or pushing them forward – but that’s not me. I delight in opening the DAW and finding out how the next section of music is going to come together.

I would like fans to feel that each of these Atomic Symphonies is an expansive musical event – and that I have placed them in the center of it.”

How has the digital age and the age of social media impacted you as an artist, producer, composer? The short answer here is that these tools allow you to have an all-in-one approach to the production and distribution of your work. You can manage the songwriting, production, distribution, marketing and sales all yourself – if you are willing to sign up and show up for the work.

And I embrace that because I am something of an individualist, and I like finding creative ways that allow me to upscale and scale up my work without being too reliant on others. There is proverb attributed variously that says: If you want to go fast, go alone. If you want to go far, go together. My “Go Together” phase is probably coming up soon. For right now, however, I am choosing to go fast.

The downside here is that there are now countless others who can do this too, and the culture is awash with music and art like never before. I decided a few years ago that my response to this would be twofold. First, I would rather be counted as being productively and joyfully in the mix than sulking on the sidelines. And second, I would find a musical or aesthetic idea that would be original to me, and was somewhat iconic in the field of the art form. The Atomic Symphonies is the embodiment of that second response.

How did you develop the concept for Atomic Symphonies?
The inception point for the Atomic Symphonies was the question of “how do you bring classical music and modern pop together?” The standard answer has always come from the classical side – usually in creating symphonic arrangements of popular, radio-delivered songs to be performed by a traditional orchestra.

But I wanted to flip the question to: what actually makes a symphony? Is it defined by the instruments conventionally associated with its presentation, or is it primarily a compositional structure? And if it is the latter, meaning a four (or sometimes five) movement, epic, long-form piece of music – why can’t it be created with the amazing digital instruments being used to produce modern music?

Which also invites another question from the opposite direction: why do we assume that the digital instruments should be used primarily for the shorter format of a pop song? What happens when you expand that expectation? Different artists will have different answers to these questions. The Atomic Symphony, proudly and personally, is my response.

Atomic Symphony No. 5 includes many different styles of music, what have been some of your inspirations along this journey? I have always been a devotee of dance music, in almost all its forms and fashions – from Parliament to Prince to Prodigy, from disco to techno, between and beyond. If it’s got a groove and makes you move, I’m all about it.

Can you name some of your favorite Classical works?

At the top of my list of classical works is Beethoven’s 7th Symphony – especially the Second Movement. I don’t know of any music that is so simultaneously epic, haunting and heartbreaking. Other symphonic favorites include Brahms 4th Symphony and Rachmaninoff’s 2nd Piano Concerto. I often put on some Baroque music at the start of the day – what my wife calls “Morning Music.” Handel and Bach are a great way to pleasantly order the mind before the demands and traffic of the world take over.

How do you make genres such as Classical work well with more tech-heavy sounds that are found in EDM?

I think one of the signatures of Beethoven’s work from the 5th Symphony forward is that he is testing the line where rhythm tonally varies into melody and melody breaks down into rhythm. Mozart was his predecessor and mentor, and the greatest melodist in the canon, and Beethoven eventually found a way to circumvent comparison by moving from the construction of melody to its deconstruction.

Another key inroad comes from a moment in the James Brown biopic, Get On Up, starring the late, great Chadwick Bosemen. There is a scene where the Godfather of Soul tells his band that regardless of the instrument, each one of them is playing percussion. This idea was recently echoed in an obituary I read following the death of classical virtuoso Leon Fleisher – who came to consider the piano, the most musical of instruments, as primarily percussive.

The combination of these two ideas – the migration of rhythm into melody and back again, and that all instruments can be treated as contributing to the beat of work, became central to my attempts in bringing classical and modern dance music together.

How would Nicholas Korn describe his sound to someone listening for the very first time? I would describe my sound as being deeply influenced by the funk and soul of the 70’s and 80’s, but produced and layered with the expansive sounds of today’s digital instruments. The retro element also has a bit if New Wave to it. I’m also a huge fan of the work Jimmy Jam and Terry Lewis produced for other acts in the 80’s, such as The SOS Band, Alexander O’Neal and Cherelle, and there’s certainly some of that phatuousness in my work, whenever it feels right to lather it in.

Another element to my sound and structure comes from The Cure – especially their astonishingly great track, Just Like Heaven. The way the pads float thick and dreamy over the rapid punctuation of the guitar, bass and drum remains a revelation to me. It showed that you could create a track that felt fast and slow at the same time – driving forward and yet wanting to hang back.

One other essential aspect to the work I produce is that my rhythms have their foundations in the bassline more than the drums. Songs that are drum-driven get people pumping their fists, while songs that settle into the bass get them pumping a different part of their anatomy altogether. I want my music to live a little lower down.

What is one thing that you hope fans will take away from your artistry?
I would like fans to feel that each of these Atomic Symphonies is an expansive musical event – and that I have placed them in the center of it. I would like them to feel surrounded by a world of sound that makes them want to listen more closely and dance more freely.

Will you be releasing more projects under the Atomic Symphonies Collection?
Definitely. I love the process of producing large scale work like this, and want to continue to build this series forward as my contribution to the musical culture and legacy of our time. I usually spend about 45 minutes a day working in Logic Pro X, and am able to add about 1-2 minutes to the next Movement. At this rate, it takes about 6-8 weeks to complete the next Atomic Symphony.

What is on your personal music playlist right now?
I do try to sample to what’s released every week, but honestly, I tend to listen long-term to works without vocals and lyrics. I have a low tolerance for clichés, and much of the work on the charts seems to be riddled with them. Not everyone can be Joni Mitchell. I do listen to a lot of Jazz – my favorites being Stan Getz and Bill Evans. The albums Sweet Rain by Getz and You Must Believe in Spring from Evans get quite a bit of play. Two albums from The Tord Gustavsen Trio, The Ground and Changing Places (both from the 2000’s), have a special place on my playlist. And of course, there’s a playlist of 1980’s Funk Favorites with Prince, Rick James, The Gap Band and more. Music to make your hips move.

Can we expect any other projects from Nicholas Korn in the near future?
I am really intrigued by the potential of moving the style and scope of my current work into producing film soundtracks and other music for media. I produced a few albums over the years that featured dance instrumental tracks of a more standard length, and there’s a lot of music in that history that I still like – but I do feel that the work done there was leading up to the Atomic Symphonies.

Any words of advice for rising composers and producers looking to get started in the music industry? Like everyone, I am always happy to give advice, and like everyone I am equally reluctant to follow it. But I will offer two ideas that might be of use.

First, there are two types of success – internal and external. The external is what most people regard as real success: increased revenue and reputation. Getting paid, whether it be in cash or respect, and hopefully both. This is desirable and worth desiring. But it comes second.

Internal success for an artist is when you are willing to find the kind of work you want to create and then finding a way to create it. And much of that happens by being willing to discover. And that means much of your best work will feel as though it happened by chance. When you have developed your process to a point where you are both surprised by the work in the immediate-term and proud of it in the long run, you are successful internally and artistically.

Second, and I mentioned this near the beginning of the interview: you should find a musical or aesthetic idea on which to center your work. This is neither as lofty nor as limiting as it sounds. I think visual artists understand this more thoroughly than music artists do. Painters create a body of work that adheres to a signature style and subject matter that makes them unique and iconic. Picasso changed his signature style several times throughout his creative career, and each one was decided and definitive. David Bowie did the same.

If the aesthetic idea is delivered as simply cosmetic or costuming, it is the artist’s image alone that becomes iconic. If it is realized at the level of the sound and substance of the work, it is the art that becomes iconic. It’s possible to achieve both, but with the Atomic Symphonies, my focus is on delivering the work as the primary statement.

Join the movement! Listen to more music from Nicholas Korn. 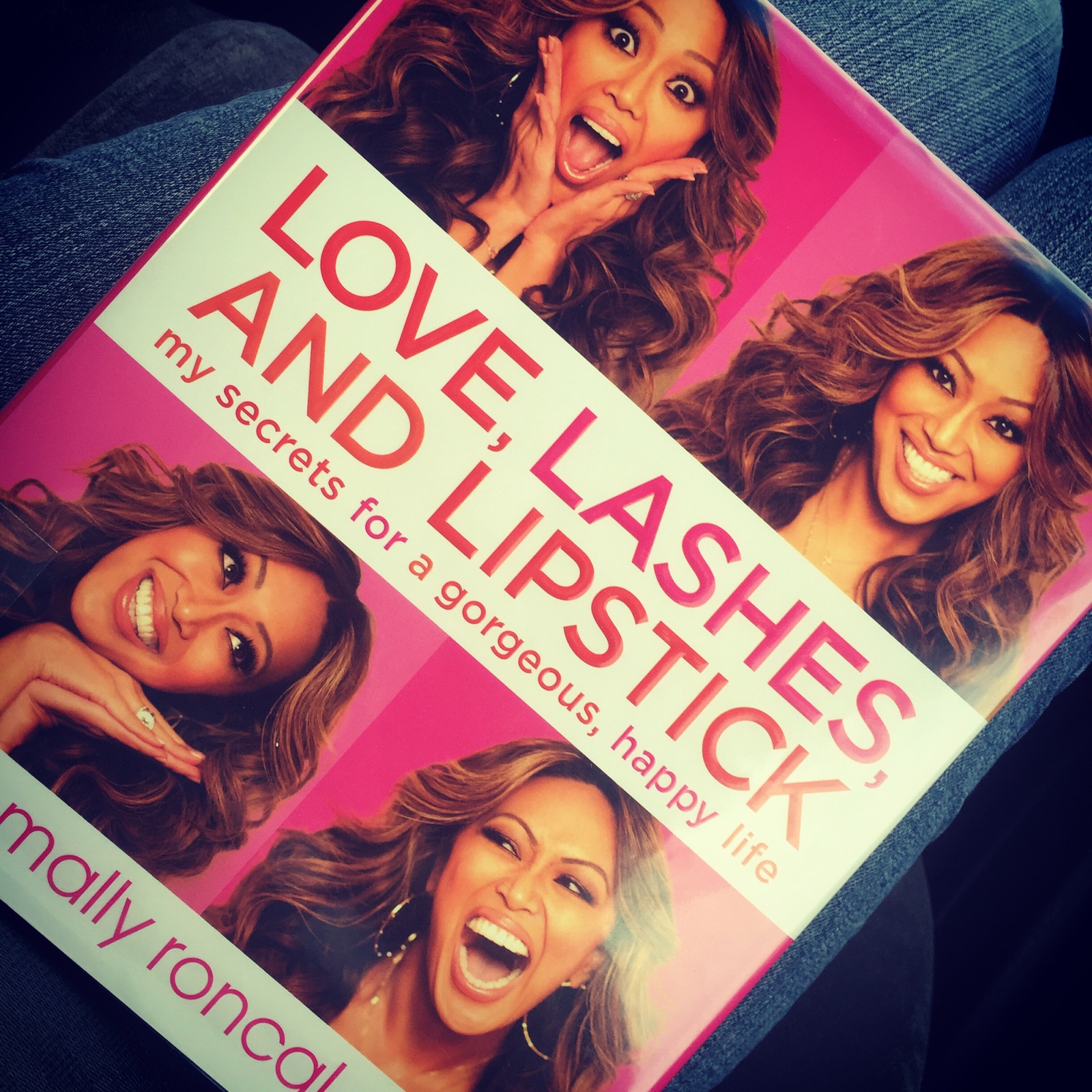