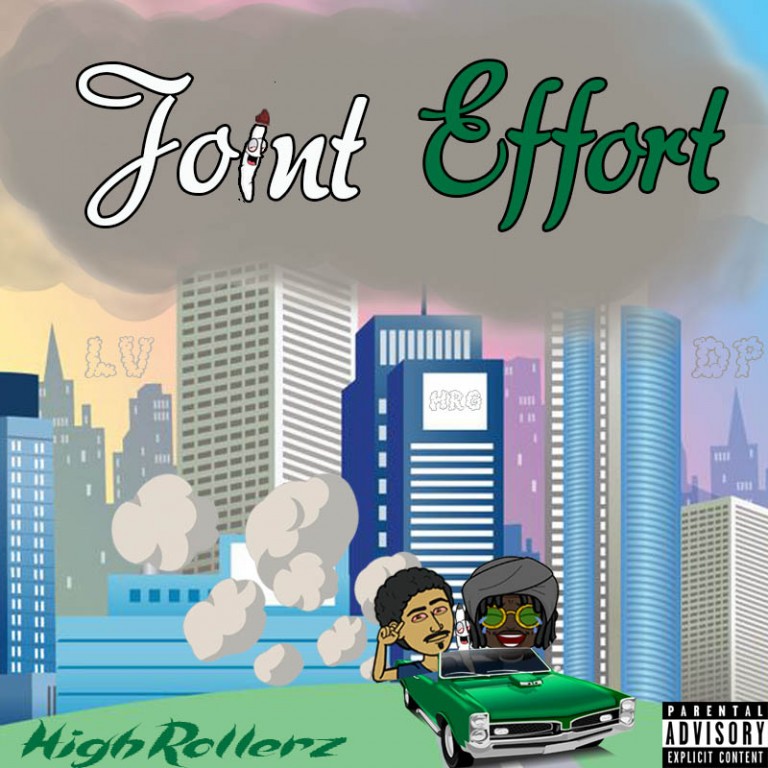 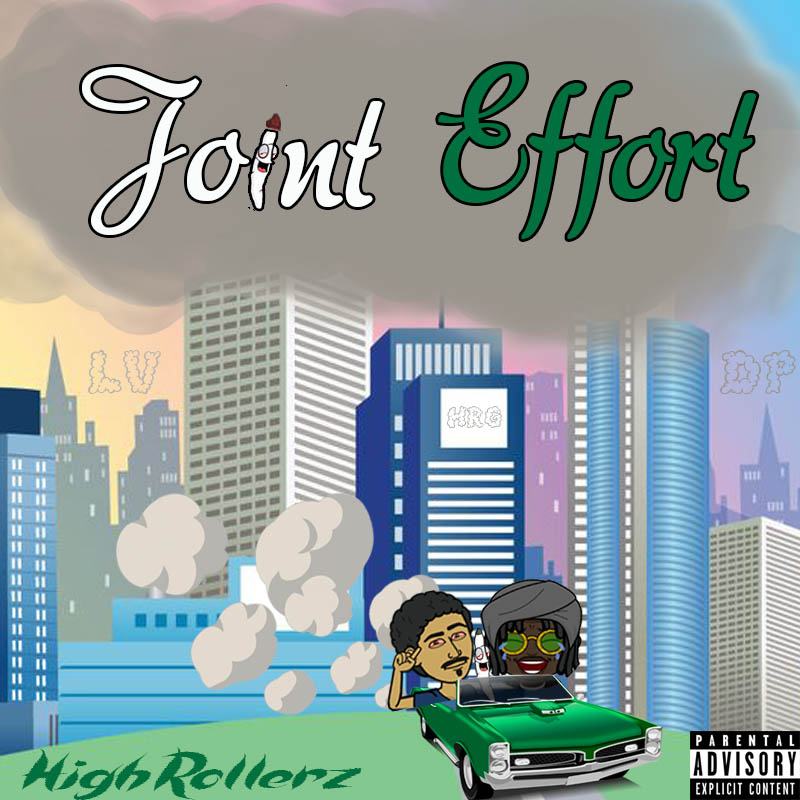 Michigan-based rap collaboration HighRoller DP and LV Jon have teamed up to deliver a rowdy selection of hip-hop tracks on the latest release of their mixtape ‘Joint Effort’. The production is an intriguing listen where every single track has at least one thing in common, ganja. Almost in time to celebrate 420, well depending on where it is legal and worth celebrating, ‘Joint Effort’ is likely an ideal addition to utilize as the soundtrack for your next sesh.

“STFU” the initial song on the Mixtape is a salty track with an angst feel and vexed personality. The track has a mellow laid back feel which contrasts with the edgy lyrics which are delivered in a catchy cadence. The hook, which of course includes a popular shortened slang as per the title is memorable yet simple and gets the point across.

The next track on this mischievous collection is HighRollers, fashioned after the main title of the mixtape. The lyrical flow on this track is clean while the beat is equally as squared away. “HighRollers” is a laid-back listen for fans that are just looking for some chill tunes as they get tangled up in the devil’s lettuce so to speak.

The unbothered energy on HighRoller maintains a steady frequency on “Different”. As the artists discover a way to discuss what appears to be one of their favorite hoppy, they utilize a series of salacious metaphors and cheeky lyrics to deliver an unapologetic performance.

‘Joint Effort’ checks in at “2:30AM” with a track that has an epic introduction that is reminiscent to 90’s west cost rap. Over the top of a deep-reverberating beat with intricate instrumentals, a detailed story is told with a relatively dark energy. The track offers a distinct vibe from the earlier spins on the mixtape though the lyrical content is relatively the same.

The tempo slows down a bit on the track “Phone” which is clearly a track that many different people will relate to. Considering the path of the initial tracks on the project, “Phone” is a surprising twist. The track is still undoubtedly raw, NSFW, and pushing the boundaries with little inhibitions as the character struggles to “find his way home”.

“Let’s Roll” turns down a notch instrumentally, however lyrically it is still on the turn up as clearly DP and LV Jon have their hands full maintaining this smoked out lifestyle their mixtape pays tribute to. Much like the earlier tracks, the track is unrepentant and righteously loyal to the haze.

‘Joint Effort’ is a massive project with narrow scope in regards to content. Though the artists do not stray away from the singular topic at hand, each song delivers its own unique personality. The rap collaboration offers a strong performance that demonstrates distinct lyrical capabilities, the ability to spit entertaining bars and professional production quality in terms of music. The energy of the mixtape remains relatively chill which happens to correspond well with the overall messages delivered across every track. Listeners will appreciate the unrefined appeal of the artists which hold little back while proceeding along with reckless abandon.

One cut on the production that takes the energy up a notch is “You Can’t Get That”. This track has some post-modern production with a deep, gritty feel.  The lyrical delivery on the track is sound with catching bars and an impressionable hook. The flows deliver a solid cadence while the track delivers an addictive, underground feel with a layer of mass appeal.

Another dirty track that rap fans will enjoy on Joint Effort is “Bossy”, an upbeat production with a risqué demeanor. “Bossy” has an energetic party vibe that will likely resonate with the youthful, carefree spirit of today’s young people free from responsibilities and daily pressures of adulating.

Darker vibrations emerge on “Nose Bleed”, a production that is designed with a complex lyrical composition and recognizable references to pop culture terms. The track has an infectious rhythm and unforgettable series of bars. “Nose Bleed” is a wild, reckless ride through lyrical metaphors and vivid imagery.

Rounding out Joint Effort is “Two Puffs”, an ode to professional bluntism if there is a such thing. The cut tells an urban-infused rags to riches story about marijuana and its progressive effects suggesting money is somehow related to its quality. Listeners can expect more uncut lyrics and on this particular track some uncomplicated instrumentals.

Winding things down, “Sunni” is a lively production with some playful melodies juxtaposed with stony lyrics. “Sunni” delivers a slightly sentimental feel despite its brash lyrical content. Overall the track has a pleasant feel but the words conveyed are without a doubt savage by all accounts.

Joint Effort concludes with “Get Some” another distinct production with a noticeable Midwest feel. Wrapping things up with additional raucous, HighRoller and LV Jon assert their position with righteous indignation with a series of dramatic ironies and intoxicating instrumentals. Get more deets on ‘Joint Effort’ and the duo behind the madness, check out the links below. 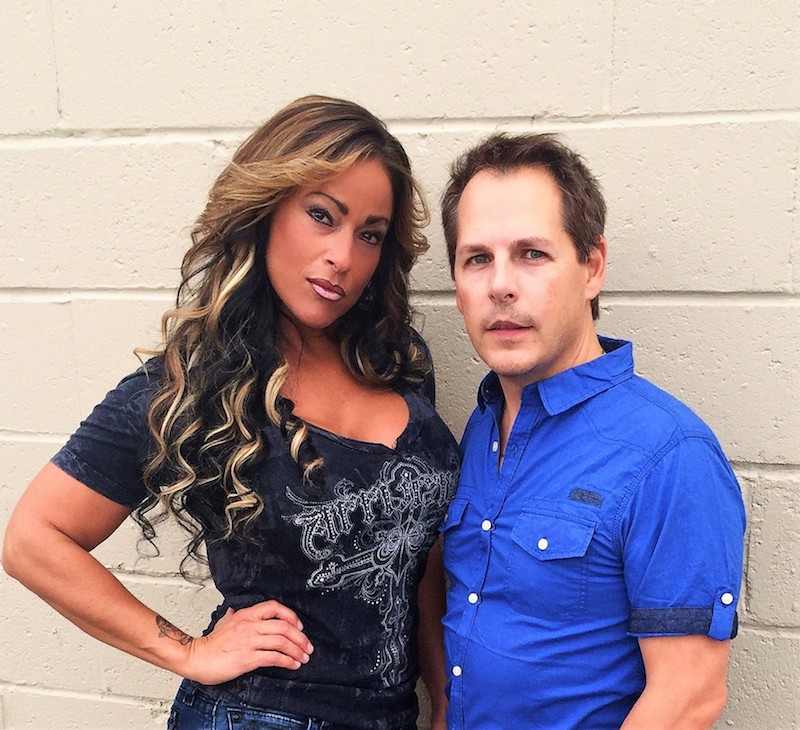