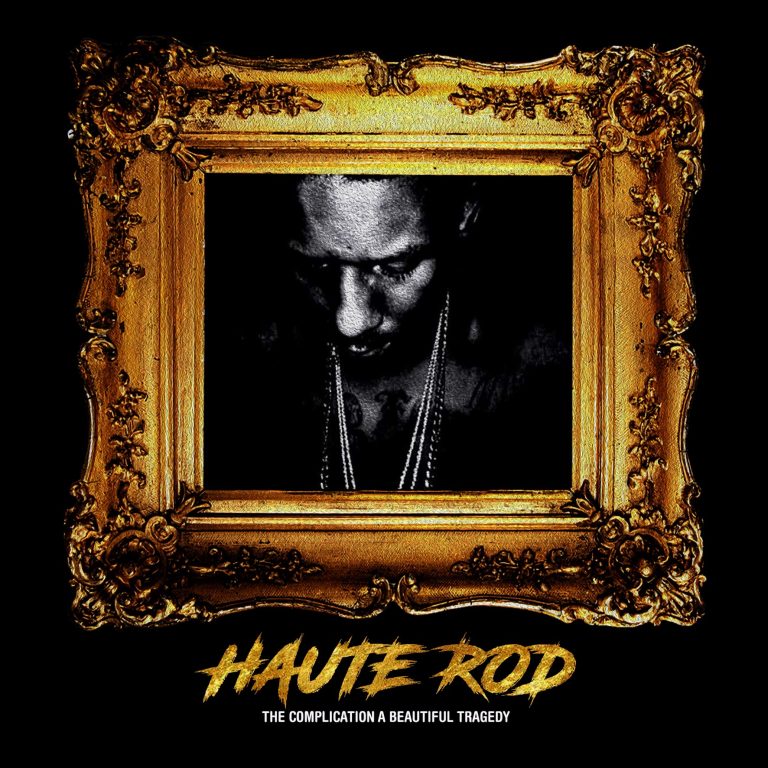 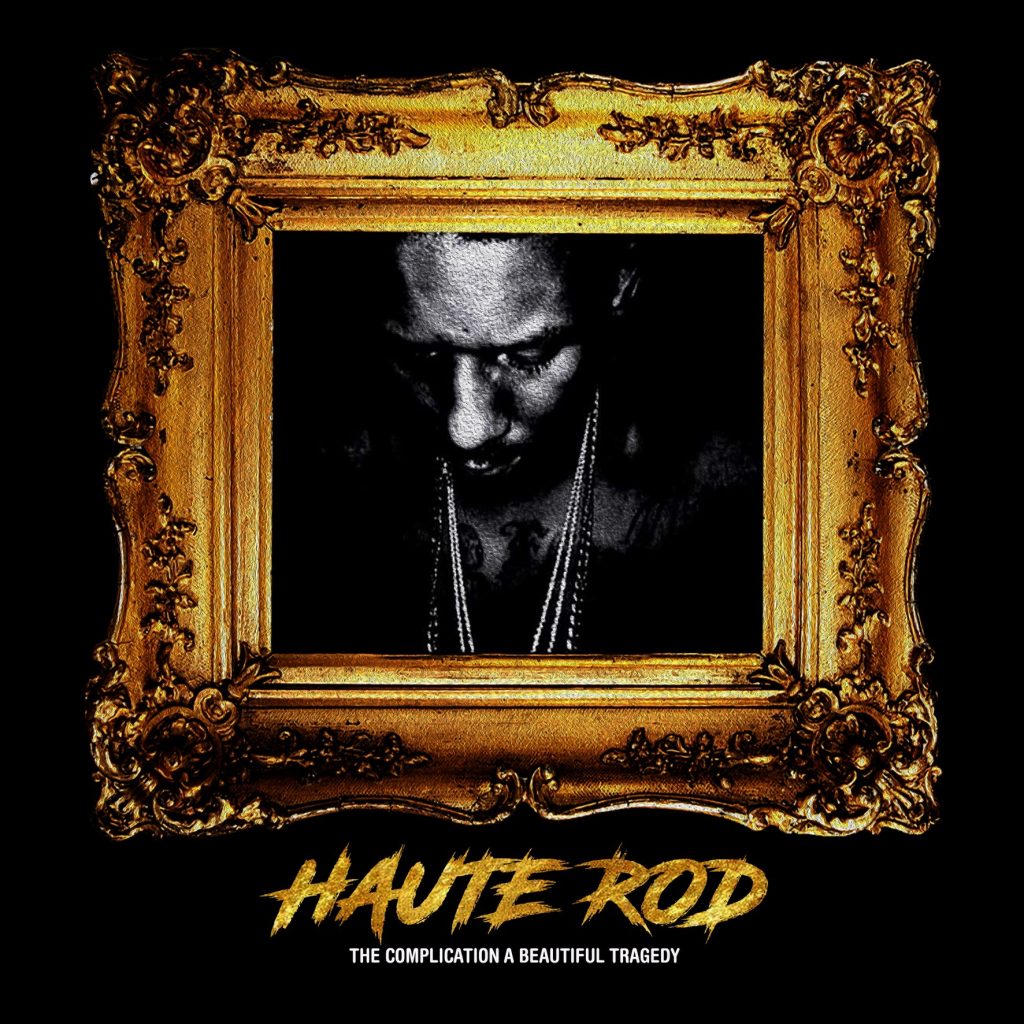 Baltimore artist Haute Rod released his EP titled ‘The Complication A Beautiful Tragedy’ towards the end of 2017. The project consists of 11 distinct tracks which embody the ethos of Haute Rod who is recognized for his raw lyrical content. The latest single from ‘The Complication A Beautiful Tragedy’ is “Rod”, a soul-driven track with a personal approach, infectious cadence and vivid metaphors.

“Rod” encompasses all of the elements of a street banger while exuding the essence of a thick underground groove. Suave rhythms accentuate this track in which Haute Rod introduces descriptive storytelling and candid snapshots of his life through lyrics. “Rod” is the quintessential answer to haters far and wide as Haute Rod lyrically slays naysayers as he says “this is the last time I visit here”. The artist gives an unapologetic performance that is 100% original and decidedly uncut.

‘The Complication A Beautiful Tragedy’ was released in October 2017, but we will get you up to speed with an overview of some of our favorite tracks on the release.

If you haven’t heard “Black Bar” ft. Sheila D., it’s time to wake up from your slumber, as this is not a track to sleep on. Haute Rod delivers another captivating performance with catchy bars and raw energy. “Black Bar” Is complemented by rap vocals courtesy of Sheila D. This is a rugged track with an assured message.

Haute Rod joins forces with songstress Rose Breyae on “Let You Know” an atypical hip-hop/R&B fusion that ventures away from the pop-flavor that listeners have grown so familiar with. “Let You Know” takes it back and is reminiscent to the pioneering sounds and daring music collaborations of the late 90s.

‘The Complication A Beautiful Tragedy’ is heavy on street narratives while dealing with topics that are often viewed as taboo to people who may be locked in their own gilded reality. Haute Rod  presents a series of visuals through his body of work which will undoubtedly resound with hushed voices of many an individual. “Fallen Soldier” ft. Greenspan” is just one example of how Haute Rod conveys such messages.

The nostalgic elixir known as ‘The Complication A Beautiful Tragedy’ continues it’s coalescence of the not so distant past and the discordant present with “No Dayz Off”, a sonically distorted production with deep bass grooves and haunting melodies. Haute Rod uses drugs as a metaphor to deliver a powerful message.

Taking the competitive nature of the beast to the next level, “Elevate” ft. Legeion revisits some of the content heard on “Black Bar” while countering the societal constructs of blackness with real depictions, peeling back layers of black excellence with each subsequent bar.

The lyrical savagery on the EP continues with “FTW” in which Haute Rod makes the actual universe his bitch. Haute Rod goes there on “FTW” landing a direct hit on the music industry and various facets of society, leaving only remnants behind in what could only be considered a natural calamity.

Haute Rod hits the proverbial wall on ‘Strapped Mentally”; this is a track that many people can relate to. This production is a powerful track with a solid message. Unrefined and filled with fury, the production speaks to a myriad of frustrations that push individuals close to the edge while still offering a glimpse of hope. It is evident that Haute Rod is ready to battle some serious demons but he has mustered enough within to reach out to potentially stricken fans.

‘The Complication A Beautiful Tragedy’ starts to wrap up with “The Past” featuring Kyle Henley, a synth-focused production with catching instrumentals and a memorable hook. “The Past” is a sincere track that is incredibly relatable and forthcoming. Guys and girls will love this optimistic take on broken hearts.

The ultimate finish to the momentous occasion in which Haute Rod has gifted fans with is “Walking Through The Fire”,  another toss back to eons past. “Walking Through The Fire” delivers succinct lyrical content and subtle dark grooves. The track is an emotional one that is both provocative and inspiring.  Once again, Haute Rod deals with issues that many people may not want to grapple since the truth sometimes hurts but he does so with ease. 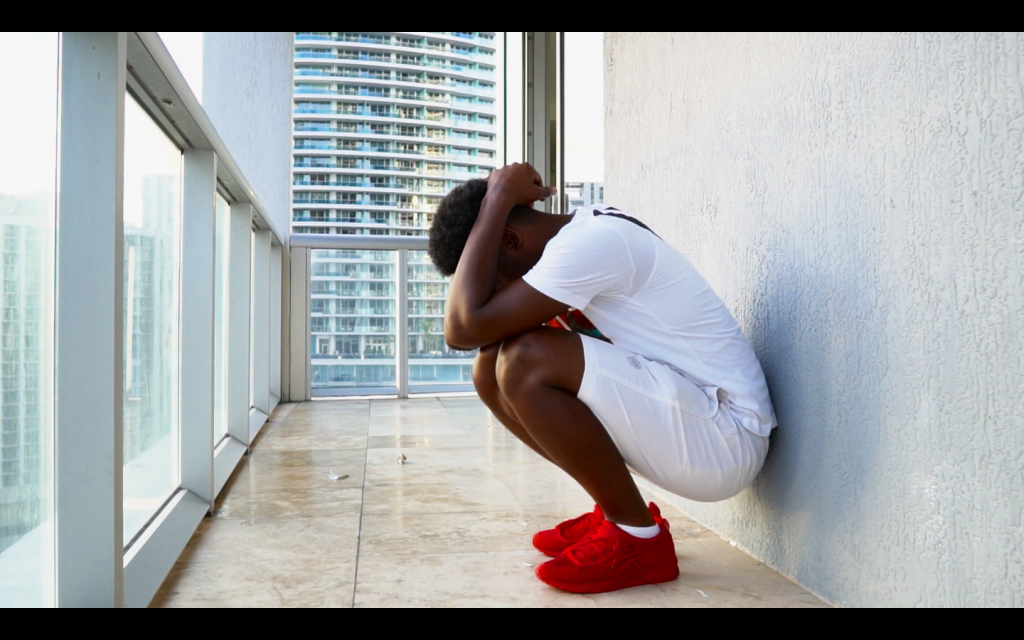 Jerrod Williams who goes by the moniker Haute Rod (pronounced “hotrod”) is a Baltimore native with a knack for the original. He grew up in the infamous Lafayette projects and like many faced the cruel reality of poverty. Although Haute Rod enjoyed sports as a kid, he soon found the streets where he became embedded within the underbelly of Baltimore. Becoming a young father just out of high school only fueled his desire to make paper. As a result, Haute Rod existed in world where the greatest escape was through music.

Haute Rod places his life into music, including the good, bad, ugly, and most painful experiences. He is known for delivering honest music, writing with conviction and sharing not only stories of motivation but cautionary tales developed to deter others from a similar fate. If you enjoy the sounds of artists such as Kendrick Lamar, J. Cole, Lupe Fiasco and Logic you will love the sounds of Haute Rod. Learn more about Haute Rod by following the links below.