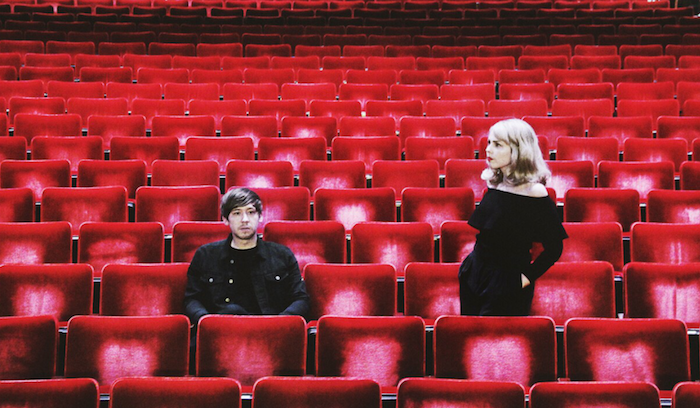 The Dish on Electronic Duo MRCH

Indie-electronic duo MRCH recently released ‘Reactions’, their first full-length album. We caught up with the band’s Mickey Pangburn and Jesse Pangburn to get the dish on their project and plenty more.

We have to ask, what does MRCH stand for?

We fell in love with the word “march”, the notion of moving forward together – to the same beat. Turns out there are these “marching bands” all across the country though. People were having a hard time finding us online, so we just dropped the A.

How would you describe MRCH sound?

In-between. We’re really in this strange limbo of hybrid electronic music. We’re not polished enough for pop, not lo-fi enough for garage… we pair electric guitar and acoustic drums with both analogue and digital synths/ ableton live and triggers and care about the lyrics. We’re always more ruckus live than on our recordings. We’ve been asked to play with artists ranging from hip-hop to indie rock to power pop. If someone asks us what our sound is, we invite them to a show.

How did you come up with the concept for your latest music video “My Mistake”?

It’s a song penned in the middle of a defeatist moment. We wanted the video to capture the solitude aspect of the track without being totally depressing. Space has an obvious isolation factor, but it’s also a beautiful, hopeful unknown. Space travel is such a futuristic concept, but we used mostly vintage public domain footage from NASA. It’s kind of a nod to the past while moving forward. We tried to tie all that together.

Compared to some of your other productions such as “Glitter McQueen” and “Highway Drivin”, “My Mistake” has a different vibe, what’s that all about?

In terms of video – we wanted to just go simpler for a minute. In terms of music, these songs were written at starkly different times. Highway Drivin’ was co-written with an awesome musician Joel Marquard. It was our first time trying to capture some gritty synth. Glitter McQueen was the first song we recorded/ produced/ mixed all on our own. We were super ambitious and optimistic about it. My Mistake was penned in the midst of a bunch of personal family turmoil (which could account for its morose nature) and an equally depressing political climate. I just didn’t feel up to writing something happy. I feel a lot more positive lately though – so who knows what’s next! We’ve really just been learning as we go.

What are some of the inspirations behind MRCH music?

Are there any other musicians that have been influential behind developing the band’s sound?

Of course. So many. It’s hard to even pick just a few. Jesse loves Kendrick Lamar and digging into hip hop production. I adore Grimes.

MRCH is a relatively new collaboration having come together in 2015, what brought each half of the duo to this current point?

We were in another band for almost three years prior to MRCH. There were five of us, it was hard to keep everyone on the same page. It wasn’t necessarily the right path for everyone as far as career goes either. Jesse and I couldn’t imagine doing anything other than making music. We’ve collaborated and worked alongside a few awesome musician friends along the way, but at the end of it all the two of us are still here. Still writing, still playing and hoping the right mix of hard work (and maybe finding the right people to team up with) will pay off.

Some of your tracks have had some major exposure through popular network TV Shows, how important do you think licensing is to your brand?

We feel like our “brand” is still incredibly small. However, licensing has been such a huge thing for us in terms of pursuing music full time. These shows have funded most of what we’ve done over the past year, and for a completely independent DIY band like us – that means the world. Plus it’s really cool to hear a song you wrote in collaboration with someone else’s art on screen. On top of it all, our agents are really all about us making the music we want to make. They try to find the right places for our songs rather than us trying to write songs in a specific way. We’re really grateful for that.

Reactions, your first full-length album was just released last month, can you share with us some of your favorite moments of putting together this project?

Our favorite moments were always the tiny little victories. Like nailing one tone on a bass line, or a guitar feeding back at the perfect moment while tracking. At the risk of being redundant, we’re just learning as we go…. so every time something turned out remotely how we hoped it would along the way, we had mini celebrations.

If there were one thing that you hope fans walk away from Reactions with, what would it be?

Everybody has crap days. You’re not alone. Some of these songs were written when I was at my worst, some when I was feeling a little more optimistic. At the bottom of it was an underlying feeling of isolation. So my goal now is to not shrink away from the hard stuff and not let it completely consume me. Make room for kindness – to show a little more kindness to each other and ourselves. Let people in.

If a new fan were to just discover MRCH, where should they start to get the best first impression of your sound and style?

Come to a show! Electronic music can sometimes seem a little sterile, dehumanized almost. We love playing live because it shows an organic side to it.

What has changed most about electronic music and how it reaches audiences since you both got started?

Streaming has taken over even more. It’s been the thing since we started, but it’s gotten so huge! Also, licensing is more important than ever. Electronic bands are being tapped to score shows & films too. It’s a whole other means of reaching audiences & collaborating with artists of different mediums. We think these are good changes.

Can we expect any tours in the near future?

We’re going to be in LA quite a bit over the next couple of months. Beyond that we’re currently working on booking! Doing it ourselves equals about a million emails and a ton of time away from writing/ rehearsing, so dates are coming soon (just a little slower than we wish!)

From 2015 until now, what has been the band’s most proudest moment?

We’ve had a couple really encouraging moments. Some good reviews from critics we respect, some opportunities to open the biggest shows we’ve ever played. But, the proudest moment was probably this spring. We were playing in Portland. We’ve been there a few times. (The first time for an audience of about 10 people)… So, this was maybe our 4th time through. We were at Holocene with some great bands. It was before our set. A good sized crowd. The band before us was sooo good. There was this guy up in the front dancing so hard. He had Footloose-worthy moves. I tapped my friend to my side and said “My goal is to have a guy come out to a gig THAT stoked for MRCH”… Right then the guy does a 180 revealing his old MRCH tee from a previous tour. I was like “We’ve made it”… 🙂

Looking to the future, how do you predict electronic music will evolve?

We think people won’t feel so boxed in. Genres are bleeding into one another already. It’s great because it’ll let the music speak for itself. You can like something based solely on how it sounds rather than how you think it should sound because it’s lumped into a particular group.

What sets MRCH apart from other acts currently breaking ground in the genre?

We’re just different. We think there are so many amazing bands coming up in the genre. Everyone is kind of doing there own thing. As we look out at who we could possibly play with while booking, we constantly find ourselves in the camp of “we’re not a perfect fit, but maybe there’s enough crossover to make sense”. We just play what we like and hope there are some people out there who might like it too. We’ve found quite a few so far, so we’re hopeful we’ll find some more.

Watch the video for “My Mistake”, the first single from MRCH’s LP ‘Reactions’.

MRCH is an indie electronic duo consisting of Mickey Pangburn (electric guitar/synth) and Jesse Pangburn (drums). The band formed in 2015 and has since been touring along the west coast. Several of the band’s tracks have been featured on popular television shows such as Showtime’s Shameless, The Vampire Diaries on the CW, ABC’s Famous in Love, and ABC’s Guilt.

In 2016 MRCH released their debut EP “I Love You, but You Don’t Know What You’re Talking About”. ‘Reactions’, the band’s first full-length album was released on October 12, 2017. Learn more about MRCH music, follow the links below. 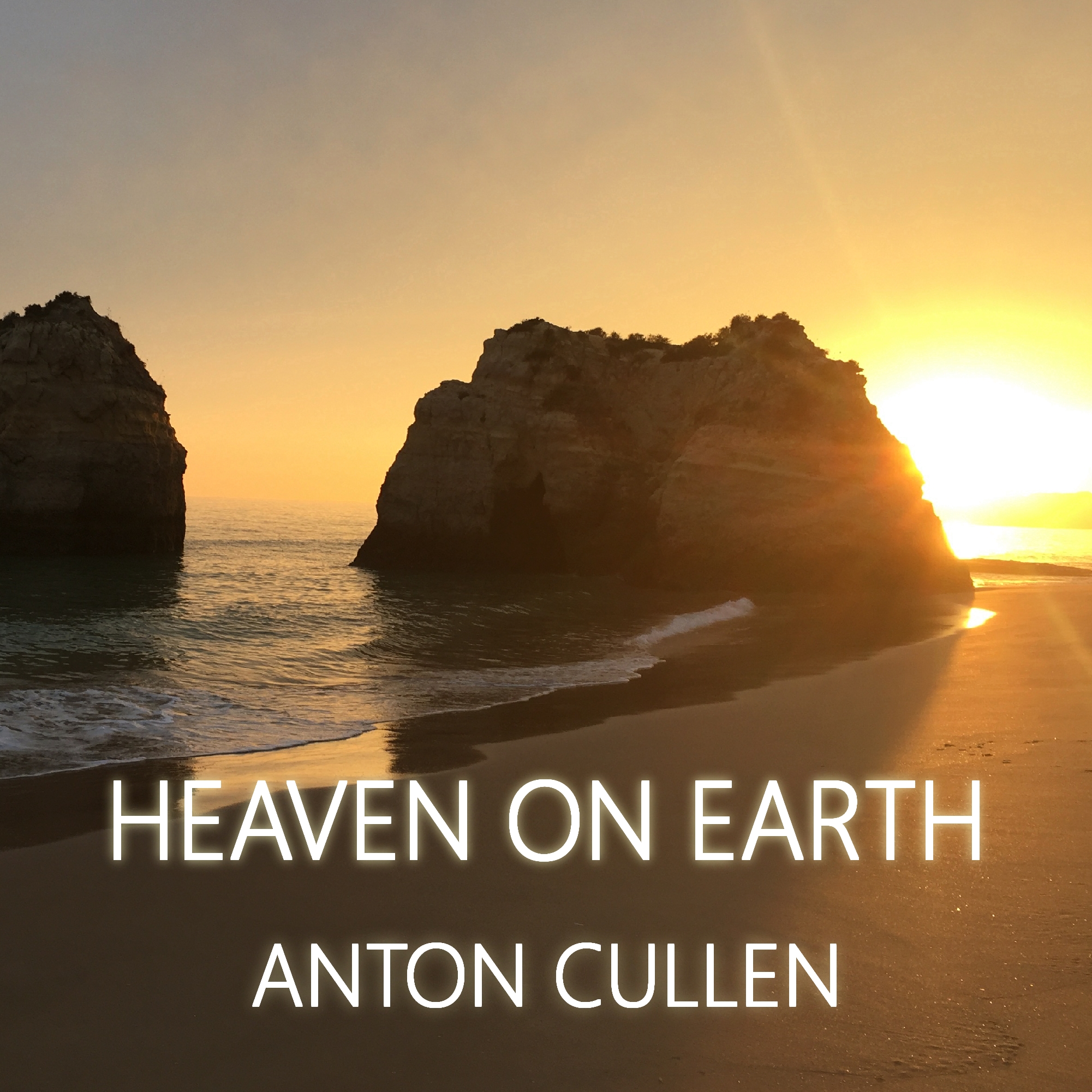