Oslo-based musician, DJ, songwriter and producer Sienná has just released her album Q.o.S, an engaging culmination of ethereal sounds. We checked in with a couple of the artist’s singles from the album and were instantly blown away. Known for her unique style, Sienná distinguishes herself with style, sophistication and complex layers of sound for the discriminating ear.

The current single from the album Q.o.S. is “Quintessence” which delivers an upbeat groove with funky rhythms and postmodern electronic instrumentals. “Quintessence” reigns supreme and lives up to its name while delivering a gritty edge and infinite vibrations.

Upcoming single “Iwashimizu” on Q.o.S. is a truly hypnotic listening experience that simultaneously delivers the ultimate chill factor. Beautiful chords and a lusty beat intertwined with luscious vocals create a breathtaking atmosphere. The track is mellow, with a downtempo score however, it still manages to capture the creativity and enthrall the mind. Look for a new video for “Iwashimizu”, coming soon. In the meantime, you can check out a teaser which is now streaming on Soundcloud.

Q.o.S. is certain to be a groundbreaking wave for the multi-talented artist known as Sienná who has already left and indelible footprint on electronic music. Fans can expect the album to take on its own personality while performing with a commanding presence. Sienná is known for bringing to listeners, rare sounds, a distinct fusion of the various genres and styles that she has mastered along her voyage as an artist. If you are looking for inspiring sounds that stimulate the mind and provoke the soul, Q.o.S. is an absolute must have for your music collection.

Watch Sienná Quintessence, the Current Single from Q.o.S on YouTube

Listen to the upcoming single “Iwashimizu” from Sienná on Soundcloud

Based in Oslo, Norway, Sienná is originally from Kyoto Japan. The talented artist is known for her prowess in music production, songwriting, DJ’ing and so much more. Sienná is revered for her wide scope of musical influences and distinct sound which ranges from electronic bases, avant-garde jazz, both contemporary and traditional Japanese music, experimental, and house. Her newest album release Q.o.S. is a hybrid of sound that encompasses a blend of slow and grooves combined with instrumentals and vocals.

No stranger to music, Sienná has collaborated with world-famous artists such as Nils Petter Molvaaer, the late Mick Karn, and opened up for band The Crazy World of Arthur Brown three times. Since 2008, Sienná has been playing with a Norwegian band and launched her solo career as an independent artist as a DJ in 2016.

Sienná says, “It’s my absolute passion to share my unique Japanese-Meets-European sound with as many listeners as possible worldwide.” She goes on to state, “I enjoy pushing boundaries of what we come to accept as commonplace in music today, and I look forward to listener’s feedback when they finally hear the upcoming powerhouse album Q.o.S.”

Connect with Sienná Music using the links below: 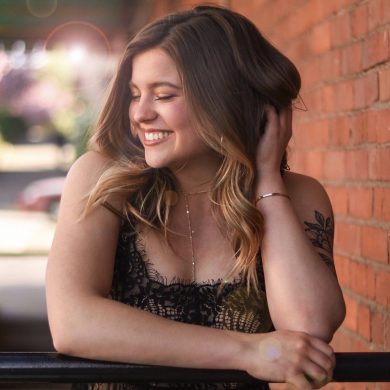