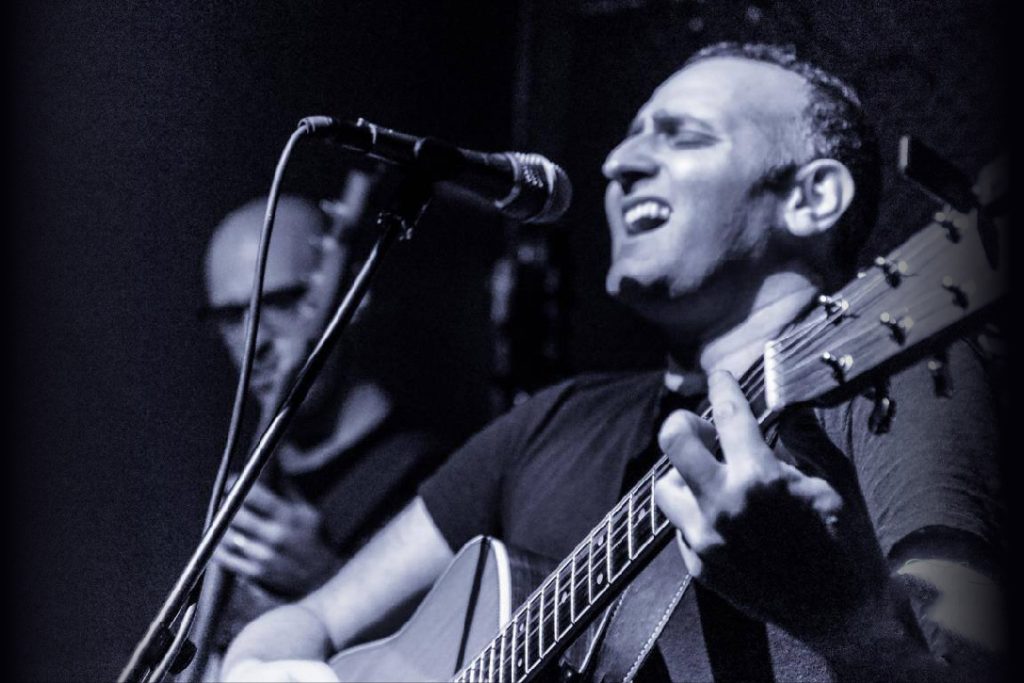 Eyal Erlich is a multifaceted performing artist that has placed his live recordings on digital for fans who have embraced his sound with vigor. Check out our thoughts on the artist’s latest music releases below…

The Alternative Rock song “All In All”, is an acoustic sounding performance with contrasting melodies. Listeners will feel relaxed when listening to this song. “All In All” is a textured performance which expresses the various facets of rock music from its early ages to present day. Although Eyal’s sound encompasses a variety of influences, “All in All” is performed with great distinction.

“All In All” appeals to the senses. It delivers hypnotizing energy as the singer beguiles audiences with his vocals. Fans will feel a deep connection to the performance. The song moves from frustrated to optimistic. “All In All” channels a diverse range of elements to not only rock and folk music but modern alternative influences.

Observing the songwriting angle on “All In All”, he demonstrates once again his natural inclination as a wordsmith. While the poetic nature of “All In All” is profound, Erlich makes experiencing the performance so easy. The song, while bringing out its own complexities in terms of how the lyrics are arranged, is likely to resonate with fans who are able to connect with the very personal story being shared.

Listen to Eyal Erlich “All In All”

The performer draws fans further into his unique realm of sound with the deep, churning performance on “It Don’t Seem Right”. Though subtle, those that hear the track will sense all of the musical elements of the song in their hearts. Listeners will appreciate the melodies and harmonies as well.

Once again, Erlich shares with fans his wide range and skillful control of each note. Through his vocal performance, fans are not only able to become engrossed in the music but also allow the lyrics to slowly soak the senses. Often times an artist’s unique voice is lost in the sound. Eyal on the other hand creates a delicate balance between both which is undeniably remarkable. Like waves in a rising sea, his voice transitions between low and raspy to slightly elevated and noticeably crisp. The navigation through his vocal performance is comfortably gradual permitting the audience to savor each moment on the song.

“It Don’t Seem Right” is another Alternative Rock performance, however in terms of songwriting, the structure does seem to be built on several popular rock conventions as well as influences from other genres such as blues and folk. “It Don’t Seem Right” offers a very distinct ambiance that is deep, soulful and slightly dusty.  The singer and songwriter shares that the song is about questioning life, music, love and career wondering how a person can feel as if something is just not right though everything seems to be going great.

Fans who enjoy indie music will love the melodic but often melancholy ambiance on the song “Pain”. The musician, through music and performance illustrates some very heartfelt moments. The song is vastly different from some of the other performances that he has given fans, however it is equally as fitting. With regards to originality, “Pain” is unequivocal.

As we have already established, the songwriter has a very distinct vocal performance. He sings softly over this particular song. He delivers a youthful sounding voice but audiences will still connect with the inspirations that led to developing such intense translations of experiences into music. In fact, the artist tells us that the song is about sexual abuse or the rape of a loved one a topic that is very timely right now.

Eyal boldly presses forth with another display of flawless songwriting. In fact, fans who encountered “Pain” have described the vibe as being intense, touching, heavenly and pure. Erlich performs with a soulful voice that resounds deep within the psyche. He delivers a fresh and unforgettable sound that calmly croons freely.

Another heartfelt song is “Mourning Love”. “Mourning Love” is a moving song that churns out at a slow but building tempo. As progressive layers cascade along this feely performance, Eyal stirs up detailed visuals for audiences.

“Mourning Love” is developed with exquisite instrumentation. Though the song is heavy in terms of ambiance, the musical score is light on the ear. Even when he  quickens the riffs and increases the pitch periodically throughout the performance, it is done so in an aesthetic manner.

The musician clearly has a knack for songwriting and this shows to be true on “Mourning Love”. The verses on the song are incredibly expresses as he slowly delivers each one over the elegant acoustics. He uses relevant symbols to express the depth behind each verse, singing verses such as “although she comes in mysterious ways she shines and shines on” and “when beauty dies” for example.  His songwriting style is easy to absorb and telling enough to be meaningful to the audience. According to the songwriter, “Mourning” is actually about the death of a loved one or lover which of course everyone can relate to at some point in life.

Another song about death is “Rain” which is scored by the melodic sound of a strumming guitar. The singer gives a strong performance with the downtempo recording which is very moving unto itself. “Rain” presents a smooth production with soothing melodies.

On the track, Eyal showcases his songwriting prowess with a collection of poetic lyrics. Through Erlich’s voice, audiences are able to tap into the emotion behind the song and it’s verses. As he sings, “love is a blind adventure”…fans will quickly come to know the intricate metaphors that the singer-songwriter incorporates to tell a very vivid story such as the verses “lay down your empty body” which we think represents a body whose soul has left or “skies sing your gentle breeze” which we feel might reference the spirit of a loved. There are so many lovely yet painful verses on “Rain”, each holding very significant meaning which has thus far been captured by audiences and received well.

The musician has a unique sounding voice which is conveyed through all of his tracks including ‘Rain’. Through his voice, fans are able to experience the music and lyrical content of the song with awe and appreciation. Listeners will get lost in the sadness and pain on this track. Erlich is clearly a talented musician with a compelling voice. He carries a rare tune with indescribable range while sometimes expressing quivering waves which leaves fans lingering with chills up and down the spine.

As fans eagerly await more music from Eyal Erlich, his current fans and followers are raving over his latest song releases. As a singer-songwriter and musician, he is introducing to music lovers an exceptional experience that will remain with them infinitely. Each of the artist’s songs contains his signature style. He delivers heartwarming melodies and compelling verses on every performance and he is in tune with modern nuances while sometimes drawing on conventional inspirations. His music in fact, is inspiring, gathering fans into a very personal realm and sharing intimate musings that they will most often find to be relatable.

Eyal Erlich is originally from Israel but moved to the United States at the age of 5. He lived in Miami, FL and New York. While in the U.S. he was exposed to different styles of music including the English band the Beatles through his father.

Erlich started playing the guitar between the ages of 14 and 15 having been influenced by an uncle who was a classical guitarist. Since then, the singer-songwriter has performed music on and off even taking a break for about a decade. It has been only in the last 2 years that he has performed in Israel. As recent as September 2017, he embarked on an Israeli Tour, booking over 100 gigs through October 2018.

The Israeli-based musician is set to begin work on his debut album in February. He is now looking to tour Europe and the United States in the near future as new offers have started to pour in. In recent months, the musician has released several tracks on Soundcloud and they have all been well received. The releases have garnered millions of plays and just as many positive comments from his fans.

Learn more about Eyal Erlich by following the links below. 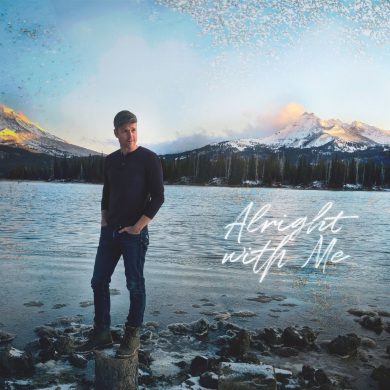 Kolby Knickerbocker Releases “Alright with Me”