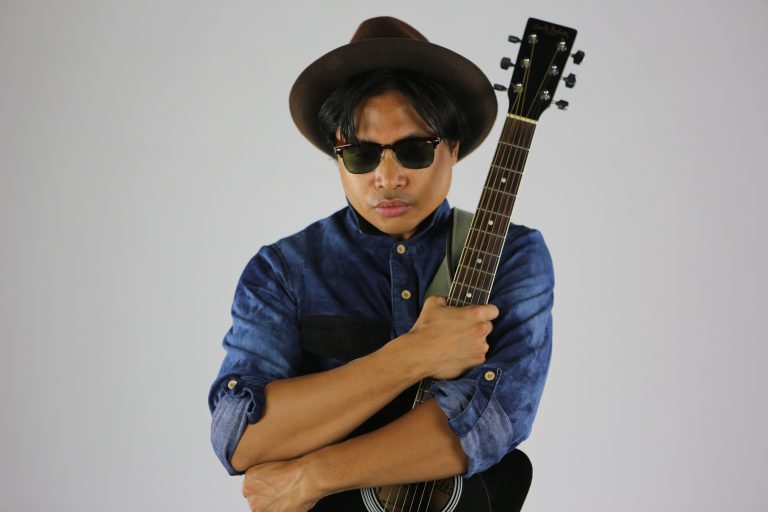 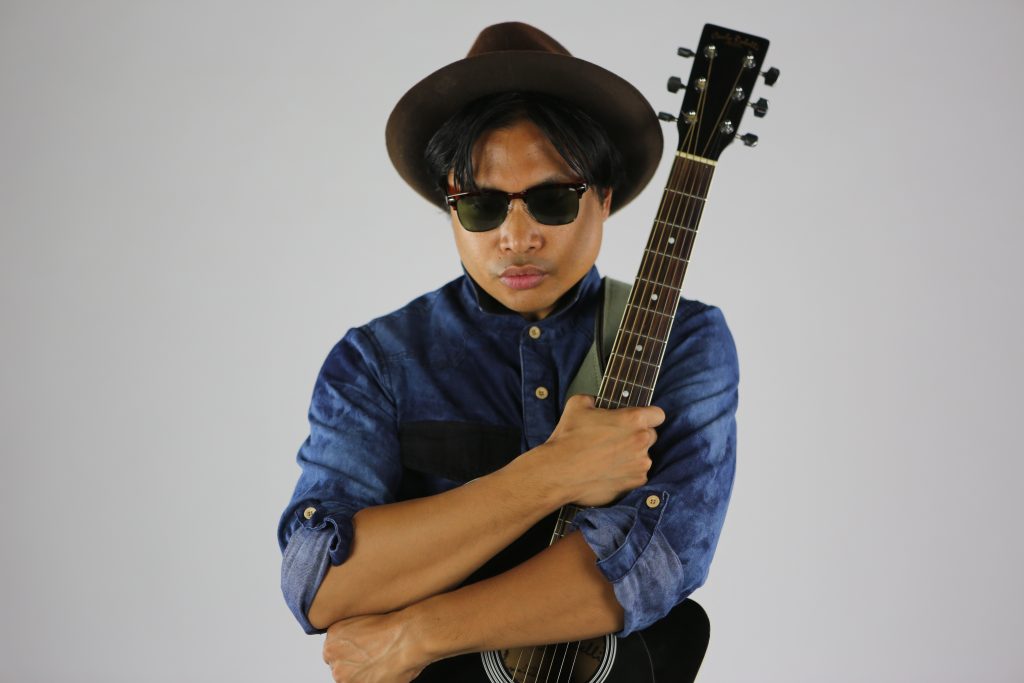 The girls at G&S had the opportunity to experience the sounds of the California musician and much to our delight we didn’t want ‘The Pasadena Sessions’ to end, and you won’t either. The EP is the quintessential fusion of past meets present in what could only be described as a spectacular performance by Rex Macadangdang.

Rex Macadangdang opens ‘The Pasadena Sessions’ with a light-hearted performance on “Beautiful and Amazing”. The song offers fans uplifting instrumental progressions and emotive vocals. “Beautiful and Amazing” has a distinct retro vibe that transports listeners back to the 1970s. Rex Macadangdang gives a youthful vocal performance that is bursting with genuine personality. As a vocalist, he performs harmonies with a vast range, drawing fans in with every note. “Beautiful and Amazing” is a song that speaks to the mind and soul with positivity. It is a feel-good song that radiates fresh melodies and euphoric ambiance.

The second song on the EP, “Gimmie Love” is a sonically-enticing track which also has  nostalgic nuances. Rex continues to send out positive vibes with optimistic songwriting. “Gimmie Love” has a festive indie-folk feel and could easily be the type of song that connects humans and bridges gaps. Rex Macadangdang is bring forth messages that we as music listeners do not get to experience very often but need so desperately.  It is most pleasing when an artist strays from the status-quo and develops their own style despite what is considered “trendy” at the time.

Another must-have song on the EP is “Melody”, a suave production with soulful horns, delicate melodies and infectious guitar chords. “Melody” is another impressive production that blasts in from the past and arrives in the present day. The song delivers warm harmonies and poetic lyrics. Rex Macadangdang sheds light on his diverse scope of work as an artist and demonstrates how he is able to connect with audiences using a combination of reflective and introspective songwriting.

Rex Macadangdang released an Official Music video to accompany “Melody”. Check out the visuals for the song, streaming on YouTube below.

The last song on the ‘The Pasadena Sessions’ is “Walking in The Rain”. “Walking in the Rain” is an upbeat performance that will capture the attention of listeners with its distinct rock tune. The song skips ahead a couple of decades and is reminiscent to sounds of 80s bands such as Culture Club, channeling the pop-infused elements that reached audiences on a global scale.

‘The Pasadena Sessions’ is an immaculate body of work delivered by a truly gifted and talented artist. Rex Macadangdang has honed his style and developed a bona fide sound. The four songs on the EP showcase the various facets of Rex Macadangdang as an accomplished musician who is able to communicate the human experience through his craft.

Connecting with music fans using inspiring messages and powerful songwriting is a rarity in a pop-motivated culture however, Rex brings music back around to its core. He delivers carefully crafted sounds and relevant messages that are filled with substance. ‘The Pasadena Sessions’ offers a diverse selection of sounds for your playlist that happen to great for any occasion.  Whether you are looking to be entertained with catchy tunes, are seeking inspiration, or simply need a jolt to keep going, Rex Macadangdang will certainly guide you on the right path. 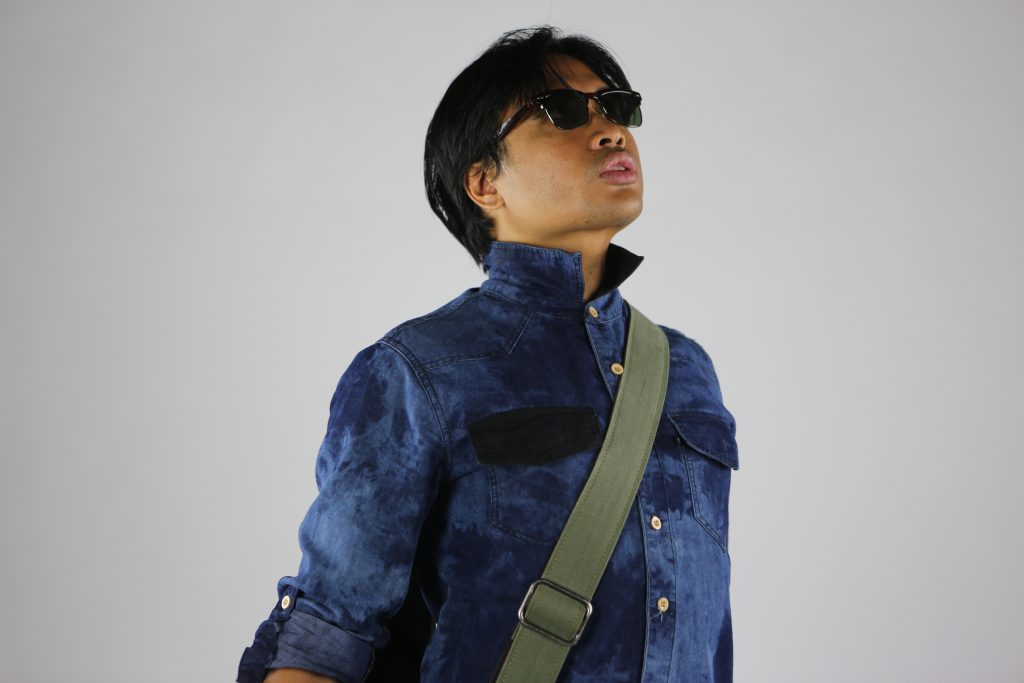 A native of Kansas City and now based in Los Angeles, CA, singer and songwriter Rex Macadangdang is a musical force to be reckoned with. The musician is known for his indie-pop style which has been likened to legendary groups such as the Beatles, The Kinks and The La’s. Rex introduces original music for fans who will discover that his musical influences span across a large terrain to include musicians such as Bob Dylan, Nick Drake and Michael Jackson to name a few.

Rex, who performs at legendary venues in Los Angeles such as The Viper Room, State Social House and Bar 20 had a passion for music but was not always comfortable on the stage. Early on he was faced with stage fright but after working hard to overcome the challenge, he was able to turn his passion into reality. According to Rex Macadangdang, his “passion for music is undying, finding in it a solace and healing that demands sharing and collaboration” (rexmusical.com).

Rex Macadangdang is of Filipino descent and was raised in LA for most of his life. In addition to being a musician, he is a Sociology scholar and holds a degree in the field. He also launched his own online business in video production, helping other artists to take their music to the visual realm.

While it may seem that such an accomplished musician would have little time to enjoy the subtleties of life, Rex spends his downtime catching up on the latest film releases, watching sports such as basketball and football and hanging out at Disneyland or the beach. The singer-songwriter enjoys indulging in spicy food including Mediterranean and Thai. The life of a musician is often hectic with packed schedules, live gigs, time in the studio and songwriting however, Rex takes time out to spend a minimum of 30 minutes per day meditating. As for his signature sound? Rex cites “a strong faith in God” (rexmusical.com). This relationship is reflected in his music which has been recognized for delivering ethereal tones and lyrics that are reverent, reflective and filled with wonder. ‘The Pasadena Sessions’ was officially released on January 5th, 2018 and is currently available on popular streaming apps and can be purchased on iTunes.

Learn more about Rex Macadangdang by following the links below.

Listen to Rex Mcadangdang on the Apps below