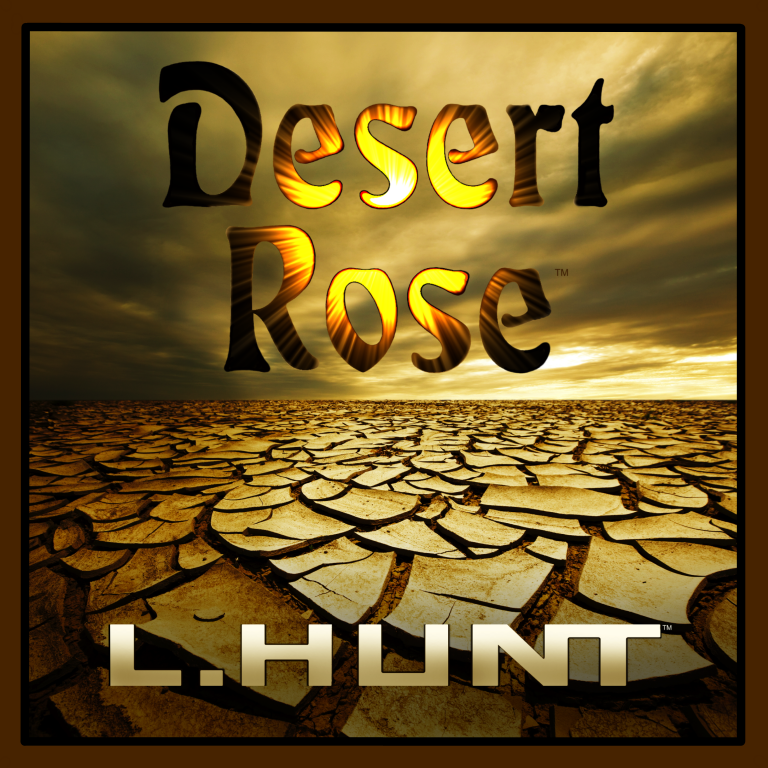 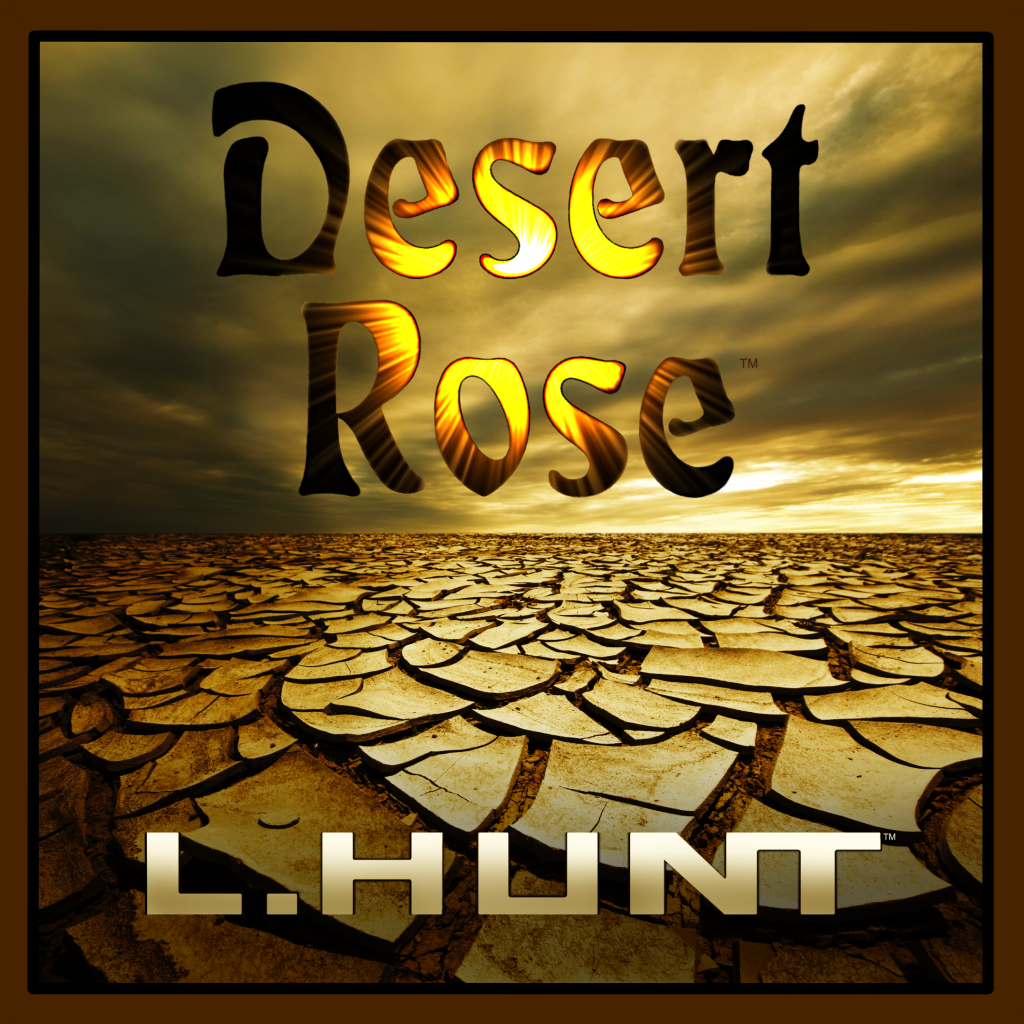 ‘Desert Rose’, a musical story by lyricist and producer L.HUNT is a masterful production that tells a visually stunning tale. The album which consists of 19 tracks delivers intricate storytelling from a rare vantage point. L.HUNT takes fans on a remarkable journey through each carefully produced work. ‘Desert Rose’ is dramatic, theatrical and captivating. The album is considered to fall within the genre of Rock Opera and fans of musical theater, rock and classical music will be in for an absolute delight.

The Rock Opera album opens its grand performance with the Prelude titled “In Search of a Rose”. The acoustic production is delivered with a handsome monologue delivered by a youthful male voice. ‘In Search of a Rose’ tells a unique story that is simply beguiling as it travels through time. Although the Prelude is fleeting, fans will immediately succumb into the hypnotic instrumentation presented on the score.

A timely composition titled “An Exhausted Land” emerges from ‘Desert Rose’. A dramatic piano accompaniment and soft rock vocals tell a moving story on the song which is accented by sound effects and heart wrenching news stories. “An Exhausted Land” places listeners directly inside the living room of one of the story’s characters. Rumbling horns and a painful wave of chords wash over the song while leaving chills behind.

L.HUNT changes the tone of the project with the track “Rubble Rabble” (Voices w/o Sense). “Rubble Rabble” is a production that embodies the American ethos. The song is raw but full of personality and slightly dusty.  As characters in this moving performance exchange in a fascinating dialogue, fans are given a view into what appears to be the wild-west. In a scene that is opened up with harmonicas, fiddles, and the sounds of trains chugging across the tracks, listeners are seemingly taken back to another time period.

Moving into the performance is “Driftwood (I Know the Rains Will Come)” an alluring duet with soulful horns and thunderous instrumentals. “Driftwood” performs like a broadway play, offering a call and response dialogue. Another intricately produced track, “Driftwood” conjures up images from decades past when an outsider’s fate was determined by a close-knit community just before going before a guillotine. “Driftwood” places listeners on the edge of their seats as they eagerly await what is to come.

“Black or White” is another bone-chilling composition on ‘Desert Rose’. “Black or White” is a muggy track that appears to be the calm after a storm. The hybrid of sound on “Black or White” is engrossing as dramatic strings whine along with lingering piano chords. Following the drifting waves feel to be what could only be described as a sandstorm. “Black or White” delivers changing waves which range from soft and subtle to rough and aggressive instrumentally. The song is full of weight both alluring and frightening at the same time.

L.HUNT forces listeners to dig even deeper into the story of ‘Desert Rose’ with the song, “(I’m Not) Finding the Way Home”. “(I’m Not) Finding the Way Home” is a friendly production which happens to continue an incredible journey. The song conveys the emotions of the character in such a way that listeners are entangled with the story themselves. The composition rouses the imagination while creating beautiful visuals through music and songwriting.

Following the mad crazy fun fest showcased on  “Dust, Rust & Broken Glass” is “She is Woman”. “She is Woman” presents a lovely contrast which not only makes use of vivid storytelling but lavish metaphors. The conversation which takes place between the characters through song provides a stern warning which will be heartily accepted.

Another legendary track on the album is “Until When?”. “Until When?” delivers a cool essence that can be felt as the piano sings in harmony with the strings and in tune with a deep grooving rhythm. “Until When?” draws fans into a different realm than they have experienced on the previous album compositions. The track is an instrumental one that will touch the mind and senses.

As “Until When?” fades, “Parched” soon appears with a bringing with it a series of heavy-laden instrumentals and stretching melodies. Delicate snare drums, sultry horns and weather-beaten piano chords march slowly over this downtempo song. As the lead sings, “I am begging you to stop this burning”, it is evident that the character in this rare journey has been through an ordeal and is desperate for relief. “Parched”, despite its will to surrender exudes the will to survive and the hope for salvation.

“The Sun, a Shield & a Sanctuary” sounds the alarm literally and metaphorically through bold instrumentals and stunning sound effects. “The Sun, a Shield & Sanctuary” awakens the spirit with inspiring lyrics and intoxicating synths. The song captures a myriad of emotions through its score. Listeners will journey along to experience doubt, confusion and resolve.

Listeners continue the journey with “I Will Wait”, a song which embodies a distinct foreign feel. Another reflective production, “I Will Wait” shares a very personal point of view through rock-infused vocals, the gentle strumming of guitars and fluttering winds. “I Will Wait” exudes hope and determination.

The show moves along on “Death: A Jagged Shadow”, an extraordinary performance which offers varied tones, textures and personalities all adding their own two cents to the song. Choppy melodies and luminescent chords are deceptive on “Death” A Jagged Shadow” as the songwriting and musical accompaniment seem to contrast each other.

Moving further beyond “Death” A Jagged Shadow”, listeners will encounter “She Blossomed”, a stirring performance that is scored by powerful female vocals which extend across a vast range.”She Blossomed” conveys intense passion through every note. The song will remain with listeners causing them to believe that the impossible is somehow possible. L.HUNT again captures the nature of the west through graphic imagery and descriptive metaphors. Listeners find themselves on the brighter side of the spectrum after taking an unforgettable journey.

“Finding the Way Home (Reprise)” is another memorable number and reprise for the earlier song “(I’m not) Finding the Way Home)”. The performance on  ‘Desert Rose’ evolves full-circle as it prepares for a momentous conclusion, illustrating how each character in the story figuratively and literally finds their way home. Comparing life and love to a rose, L.HUNT creates a marvelous work of art that is solidified through electrifying instrumentals and a passionate vocal performance.

The Story behind L.HUNT ‘Desert Rose’ 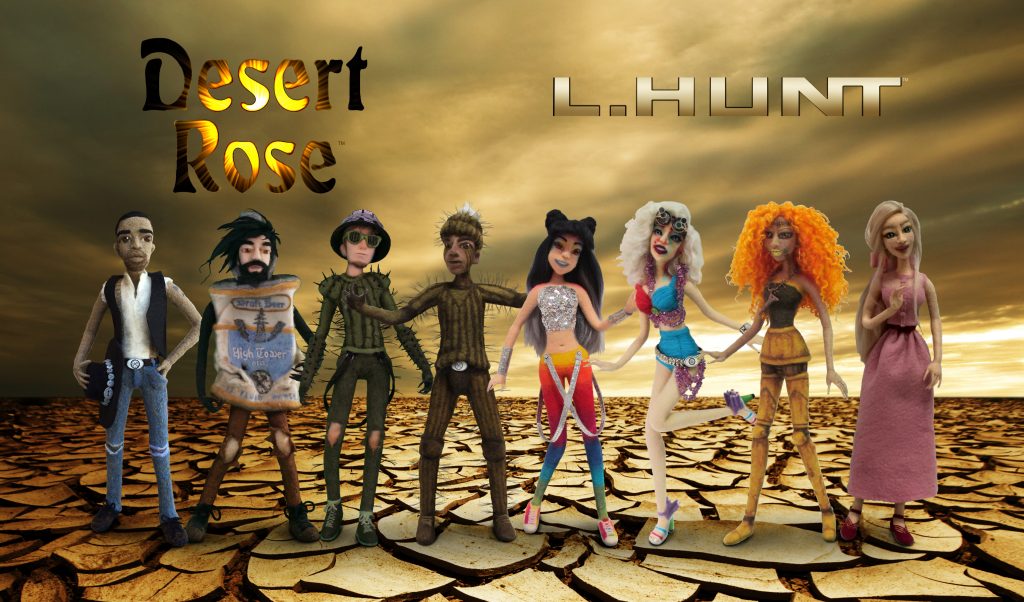 The story of ‘Desert Rose’ as presented by L.HUNT takes place in the desert of Southern California. According to L.HUNT’s website, the production is a “musical story of an oppressive society, a cast of morally decrepit characters and one man’s struggle-against all odds-for true love” (www.notesmitstudio.com). Read more about the concept behind ‘Desert Rose’  by following the link below:

L.HUNT on ‘Desert Rose’, has developed and produced an exceptional body of work.  In fact, the entire album took an entire 2 ½ years to produce. While the album showcases pristine musicianship, there are some very raw moments that slice into the very core of humanity. It is evident that ‘Desert Rose’ is truly a one-of-a-kind experience that will remain with fans new and old. The album is an overwhelming production that is rich in lyrical content and complex instrumentation. ‘Desert Rose’ is as challenging to listeners as it is entertaining and cannot be digested in one sitting. Despite the immense nature of the project,  L.HUNT seems to execute a vivid display of artistry with the greatest of ease.

The artist, lyricist and producer who creates Rock Opera, presents a complete theatrical experience fit for the stage. From striking scenes to dramatic ironies, animation and visual soundscapes, the album slowly unravels and transforms into an epic voyage, L.HUNT’s ‘Desert Rose’ draws fans into a prism of sight, sound and rugged emotion. The album is a revealing piece of work which evidently draws on various musical influences and a diverse range of perspectives. The sound waves which travel through the project vary organically from rock to country, from soul to jazz, classical and beyond. ‘Desert Rose’ is a beautiful saga with many dark moments however, embedded within the story is a message of brazen determination and endless hope. Experience the sounds and visuals of ‘Desert Rose’ by L.HUNT, follow the links below.

Now for the Visuals

L.HUNT released a series of music videos to accompany the singles on ‘Desert Rose’. Click the link below to view the Official Videos on YouTube. 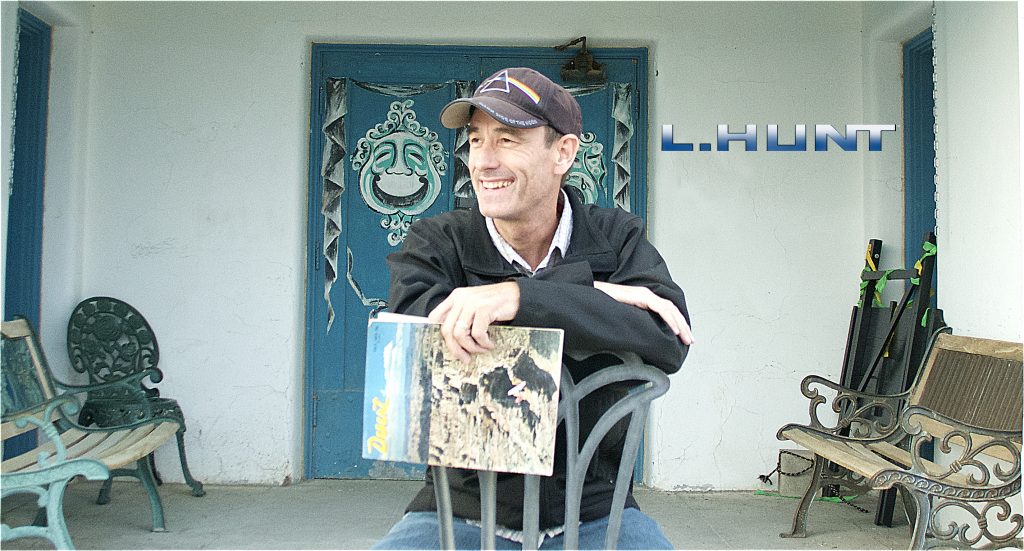 “L.HUNT, by his varied artistic works, explores the relationships between music, written word, theatre production and art in a non-traditional and personally unique way” (www.notesmithstudio.com). Learn more about L.HUNT and check out more of his work by following the links below. 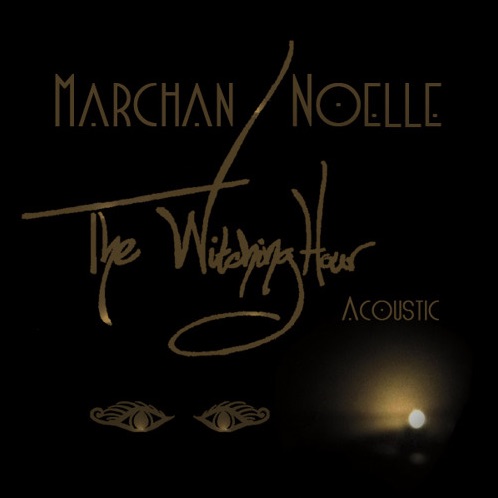