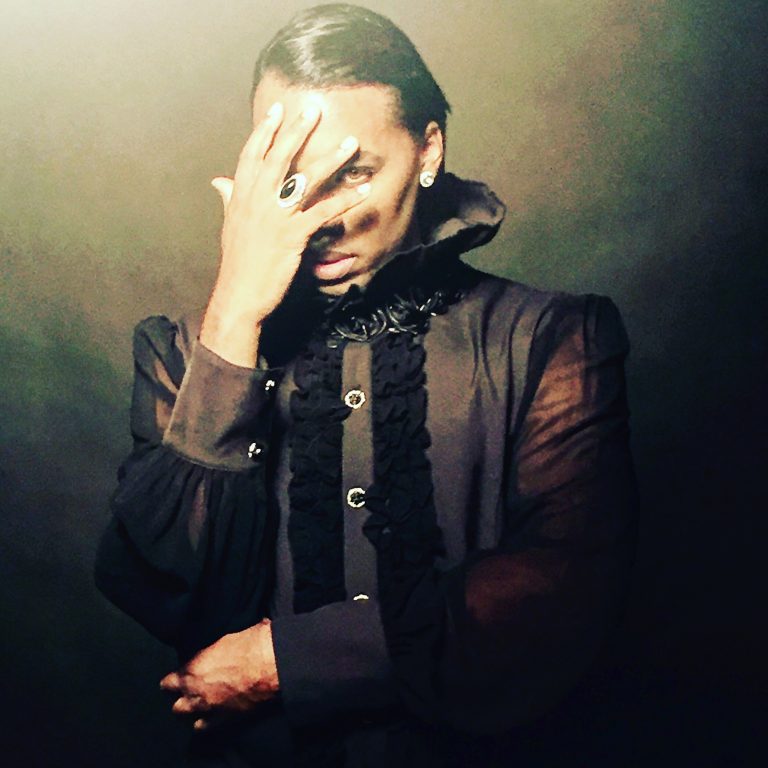 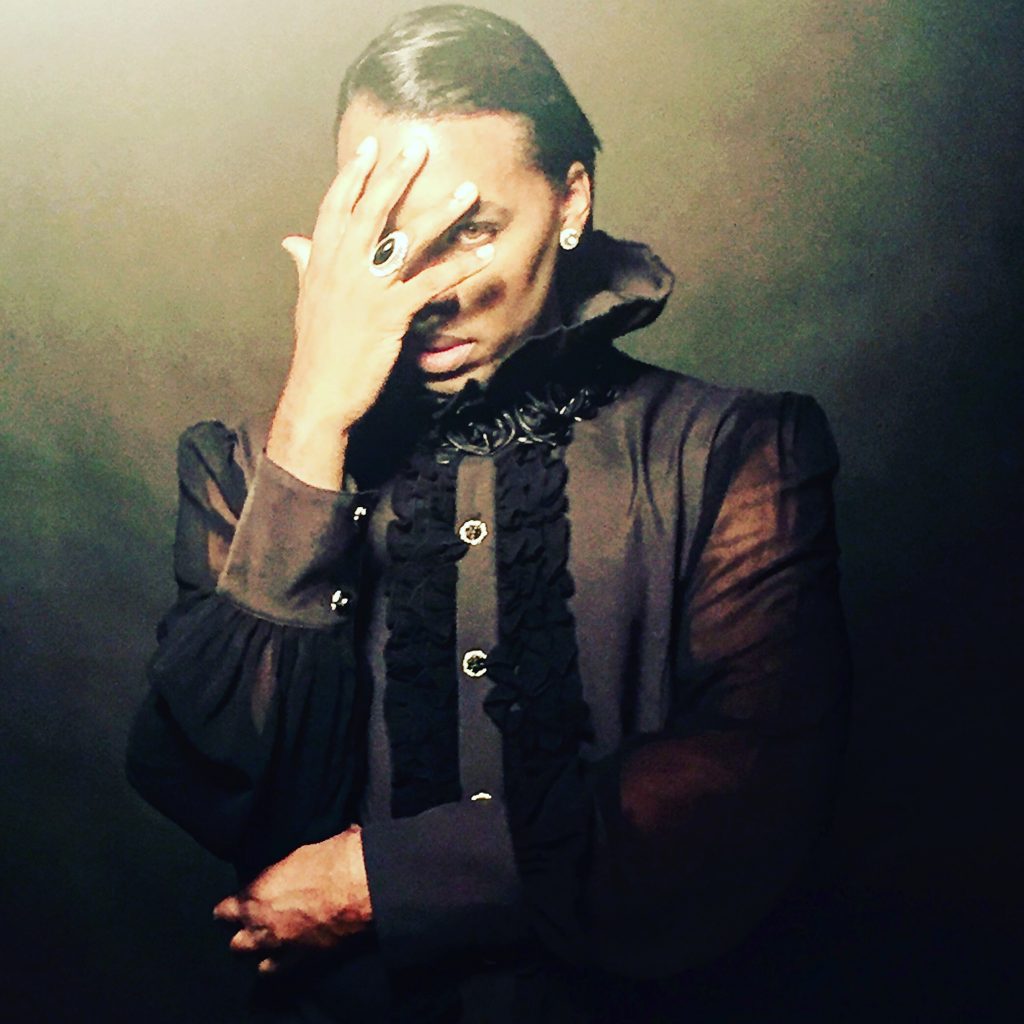 If you happen to be late to the party, there is still time to revel in the sounds of DANJUL who has already garnered critical acclaim for the EP and it’s singles. For those that have not had the opportunity to engage with DANJUL’s latest project, we will share a couple of highlights that should hopefully push you over the fence and on to the right side where one artist is quickly changing the music game, setting the bar incredibly high and standing out as a radiant light.

The EP in Short

‘Origin of Times’ opens with a hypnotic introduction that is comprised of angelic vocals, spoken word, and entrancing instrumentals. The intro piece is an introspective body of work that sets the foundation for what fans can expect on the subsequent tracks. As ornate piano chords dance hauntingly along the track while deep, brooding strings allure, listeners are given a glimpse into DANJUL’s rise to prominence and what it has taken to get there.

Must Add Tracks for  Your Playlist

“Origin Intro” is followed by the first full-track which is “City of Chaos”, a synth-driven production with a futuristic feel. DANJUL delivers enticing vocals over industrial-infused synths and frenzied electronic waves. Instrumental elements on the track capture the hectic nature of “City of Chaos” while the energy of the song is contrasted with DANJUL’s dynamic personality as conveyed through his vocal performance. “City of Chaos” is a high-energy listening experience with a catchy dance beat and infinite metal/rock vibes.

The next song on the EP, “Chapter of Love” carries a different mood. The song, which opens with dreamy melodies and what sounds like pages in a book being flipped, garners attention with an emerging sound. “Chapter of Love” progresses from a slow-tempo production to an epic dance tune that churns out like a Step Up film soundtrack. “Chapter of Love” embodies a nostalgic ethos, channeling the vibes of the 90s and 2000s club music while delivering a distinctly modern approach. On “Chapter of Love”, DANJUL delivers a smash hit with a relatable message and nonstop grooves. DANJUL released a music video for “Chapter of Love” and the response to no surprise has been overwhelmingly positive.

Check out the visuals for DANJUL’s single “Chapter of Love”

DANJUL inspires fans on the track, “The Path”, an sonically-pleasing track with smooth vocals and addictive rhythms. As DANJUL sings, “come on follow me, walk the path”, fans will be moved to hop on board as this song exudes nothing but positivity. “The Path” is another dynamic production that delivers explosive energy and bold personality. The song is one that will ignite the dance floor while encouraging the modest to remove their outer shell.

Following “The Path”, “Story of She” marches unapologetically forward with resounding percussion, compelling melodies and soulful harmonies. DANJUL tells a heartfelt tale that will likely hit close to home on an emotional level with music fans. Between raw electric guitars and heavy bass, playful melodies, and DANJULS’s inspiring vocals, “Story of She” brings it home with dreamy waves, lingering in the minds of listeners.

‘Origin of Times’ takes fans on a foreign feeling excursion on “Magic Carpet” a bass-driven, synth-induced trip courtesy of DANJUL who entices listeners with seductive lyrics and dreamy vocals. “Magic Carpet” performs with a tapestry of sonic layers woven to perfection with flawless precision. Throughout the song, “Magic Carpet” morphs from an electronic dance execution to a series of orchestrated melodies before leaving fans to behold what more is to come.

Continuing to embody musicianship while creating a detailed soundscape, ‘Origin of Times’ reemerges with “Tower”. “Tower” is a telling story which is punctuated by mesmerizing strings, delicate melodies and ambient waves. DANJUL reminds the fans of his craft about exactly what it has taken to get to where he is. “Tower” is a touching song that uplifts the spirit. Fans will take heart in the very personal perspective delivered by DANJUL on this track as he continues to energize the soul and awaken the mind.

‘Origin of Times’ concludes with “Maddhatter’s View”. A righteous finish for a stunning showcase of artistry, ‘Madhatter’s View” contains a myriad of elements which have been long missing from popular music: genuine musicianship, unparallel vocals, and ingenuity. “Maddhatter’s View” is a song that is incomparable to anything you’ve ever heard. While it contains some retro nuances it is also extraordinarily modern. DANJUL creates a sensational listening experience that is both organic and stimulating.

Listen to DANJUL Origin of Times.

DANJUL shines with brilliance on his latest EP ‘Origin of Times’. The EP is a masterful collection of sonic grooves that uplift and inspire. While DANJUL delivers some throwback nuances from an earlier era in dance music, he also presents a wide range of future sounds that have yet to be tapped. As a songwriter, DANJUL is ingenious, delivering relevant themes in an authentic and fearless manner. As a singer and performer, DANJUL serves up a youthful sounding voice with a vast vocal range, and warm presence.

The artist exudes individuality  and conveys an infectious personality through his performance. ‘Origin of Times’, which is the first EP that DANJUL has ever released, is an engaging listen that is certainly worth adding to your music collection. The EP offers a myriad of sounds for music lovers who appreciate a wide scope of genres and their respective characteristics. While DANJUL’s sound is very much incomparable, if you like the vibes of artists such as Jason Derulo, Jake Miller and Nico & Vinz, you will enjoy the sounds of DANJUL. Learn more about singer and songwriter DANJUL by following the links below.